A major development in the Star Bharat show. Loyal viewers of Star Bharat’s Mayavi Maling (Peninsula Pictures) can gear up for some major drama in the series.

The show will witness an untimely death of Trishanku which will leave everyone in shock.

As per the plot, Pranali (Neha Solanki) will acknowledge that she went to free Haran (Honey Makhani) which would annoy Angad (Harshad Arora) and he will leave the wedding room. Later, Angad will plan to kill Haran but he will be forced to free him as Shiladitya (Shakti Arora) would be there.

Later, Trishanku will request Shiladitya to give him Maling water. Madhumali (Aparna Kumar) will switch the bottle of Maling water with something else and escape death and would be controlling Trishanku.

Furthermore, at the time of the bidaai, Trishanku will die leaving everyone shocked. Shiladitya would promise he will find the murderer.

Who is the culprit? Will they manage to find him? 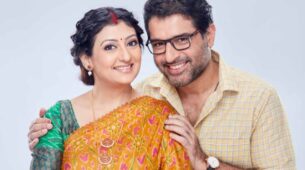