Today’s Guddan Tumse Na Ho Payega 13 August episode begins with AJ (Nishant Malkani) showing up dressed as Tanwesh Handa. Loud drums welcomed him home and he praised Antara for giving him a grand welcome. Guddan (Kanika Mann) told AJ that she was the one who organized the welcome for him. AJ said he was impressed by Guddan and gave her a hug.

Guddan didn’t want to hug AJ but he gave her a necklace as a gift. He brought gifts for the other family members. Antara got jealous and tried to take Tanwesh away. But Guddan went hand in hand with him wherever he went. Antara was jealous of seeing Guddan’s growing proximity with Tanwesh. Guddan was preparing Sooji ka halwa when Lakshmi interrupted her.

She insulted Guddan for being close to Tanwesh. Guddan saw that Antara was overhearing her conversations. Guddan told Lakshmi that she was tired of sacrificing for AJ and his family. Now she wanted to enjoy her life with Tanwesh and his wealth. Guddan brought the halwa and served it to Tanwesh. He praised her cooking after smelling the aroma of the food.

Everyone at home knew that Guddan cannot cook well. Antara decided to ignore it but still kept an ear on their conversation. AJ didn’t like Sooji ka halwa, but Guddan insisted that he should eat it. AJ ate the halwa and pretended to enjoy it. He said he enjoyed it so much he wanted to kiss Guddan’s hands. Guddan tried to back away but saw Antara noticing her. Guddan decided to let AJ, as Tanwesh, kiss her on her hand. The written update of 13 August 2019 Guddan Tumse Na Ho Payega episode full story ends here.

In the upcoming episode of Guddan Tumse Na Ho Payega, watch Guddan decides to divorce AJ in order to show Antara that she is settling down with Tanwesh. Stay tuned! 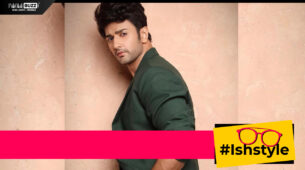