Guddan Tumse Na Ho Payega 2 May 2019 Written Update of today’s episode we see how Guddan slips in the dance competition on purpose to make sure that Durga wins in the competition. 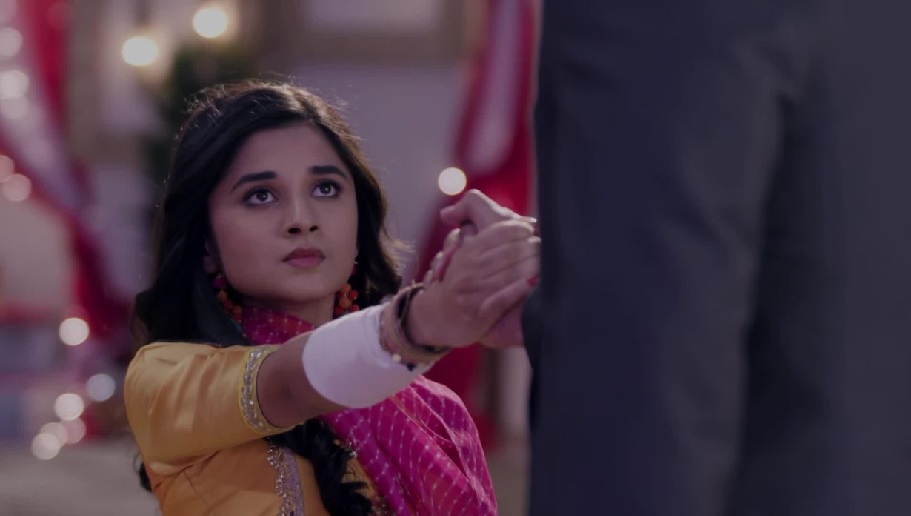 Today’s Guddan Tumse Na Ho Payega 2 May episode begins with Guddan (Kanika Mann) finishing her performance and getting ready for her marks. At the end of both performances the scores are tied. Shanti Bua decides that there must be tie-breaker to decide who wins finally.

Guddan and Durga both get ready for the final showdown. Guddan gets encouraging words from AJ, Lakshmi and Daadi. On the other hand Shanti bus insults and threatens Durga. She tells Durga that she needs to win the competition. If she fails then Shanti Bua will turn Durga’s husband Gopal against her so that he never returns to Durga again, ever. When the dance-off begins both dance equally well but Guddan slips up and falls after looking at Durga.

Meanwhile, Durga goes on with her performance until the song is complete. Guddan has to accept defeat to Durga while AJ is shocked at Guddan’s loss. Shanti Bua is still gloating in proving Guddan wrong. Later, AJ shows up to Guddan’s room, while Daadi and Lakshmi are trying to make Guddan feel better about losing.

AJ asks Guddan why she purposely lost to Durga. Guddan tells him that she had heard Shanti Bua’s threat to Durga. As Durga’s friend she couldn’t let that happen to her. So she puposely slipped in the middle of her performance and lost. AJ, Daadi and Lakshmi are proud of Guddan’s actions. Lakshmi Bahu sees Durga and Saraswati celebrating Durga’s victory.

She hears them making fun of Guddan and steps in. She tells Durga the truth and how Guddan allowed Durga to win the dance competition and save her marriage. AJ then takes Guddan to the wall where she puts up all her mistakes in post-it notes. He tells Guddan that her good deeds are way more than her mistakes and tells her to take away those mistakes. The written update of 2 May 2019 Guddan Tumse Na Ho Payega episode full story ends here.