Guddan Tumse Na Ho Payega 3 May 2019 Written Update of today’s episode we see how Lakshmi is going out so that she can meet her old college friends. Guddan allows her to go against Shanti Bua’s wishes. 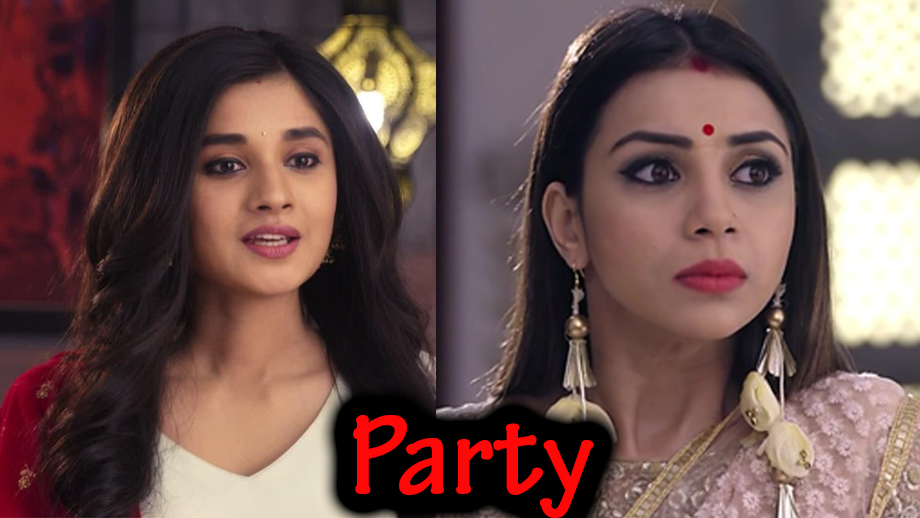 Today’s Guddan Tumse Na Ho Payega 3 May episode begins with AJ taking Guddan (Kanika Mann) to the wall where she has put up all her mistakes to remember it forever. Aj tells her that she does silly mistakes. However, her strengths far outweigh her mistakes. He holds Guddan’s hand and takes off all the papers pasted on the wall. Guddan gets emotional and hugs AJ while crying.

Angad has spoilt Revathi’s cake earlier. He shows up to her house with a cake. He tells her that he also sent a cake to the homeless kids where Revathi had planned to send the cake. Revathi apologies to Angad for insulting him earlier.

She asks if he will cut his cake with her. Angad agrees to do that but just then Parv enters Revathi’s room. He sees Angad and Revathi laughing and talking together. He taunts Revathi for being with Angad. When Angad leaves the room to asnwer a call, Prav confronts Revathi. He tells Revathi that anyone who comes between them will have to deal with him first.

Revathi tries to defend Angad, but Parv leaves the room in anger ready to teach Angad a lesson. Lakshmi bahu is ready to leave the house to meet her old college friends. The party is happening late at night and Shanti Bua catches Lakshmi bahu leaving. She stops Lakshmi from leaving the house. Guddan steps in to allow Lakshmi to leave.

However, Shanti Bua claims that she won the challenge so Guddan doesn’t get to decide. Later that night Lakshmi goes back to Guddan and begs to let her go. Guddan is scared but agrees to let Lakshmi go. The next morning everyone has woken up but Lakshmi is not yet reached home. The written update of 3 May 2019 Guddan Tumse Na Ho Payega episode full story ends here.