Kasautii Zindagii Kay 22 May 2019 Written Update of today’s episode we see how Anurag stops the cops from arresting his family and wife. Anurag says he will play Komolika's confession video on his news channel. 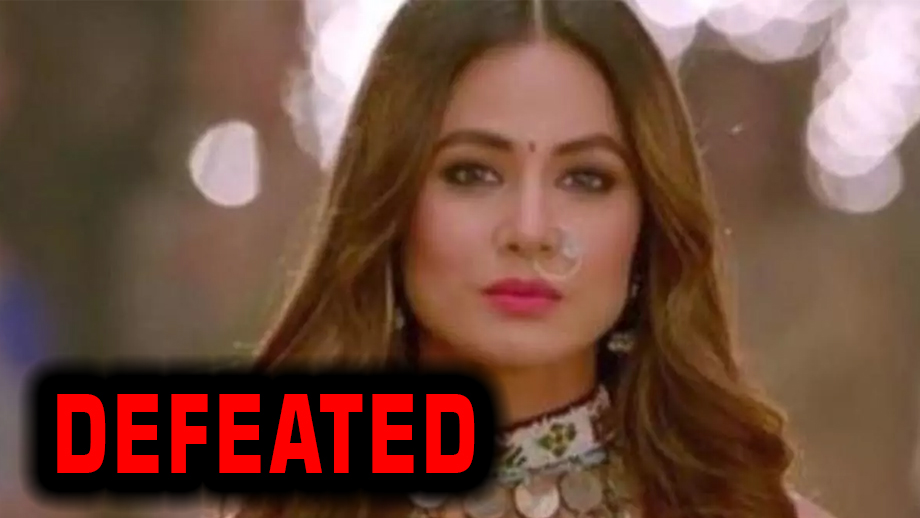 Today’s Kasautii Zindagii Kay 22 May episode begins with Mohini sharing an emotional moment with Anurag (Parth Samthaan) and apologizing to him for having chosen the wrong woman for him to marry. Anurag consoles her and says it will all be okay soon and that Mohini didn’t fail as a mother. Meanwhile, Nivedita is feeling guilty for having misjudged Prerna (Erica Fernandes) all this time, and she goes and shares that with Anupam.

Prerna then shows up to meet Madhu and tells her that she was successful in exposing Komolika (Hina Khan) in front of the whole family. However, she leaves out the fact that Komolika was also behind Moloy’s accident. Shekhar warns Prerna to be careful because Komolika will definitely come after her.

Anurag is missing Prerna but is facing a dilemma about his feelings, which is when he asks Anupam if he thinks Prerna loves him. Anupam asks him to not over think it as Prerna loves him a lot as well and he should go ahead and proposes to her right away. Just then Prerna enters Basu baadi and Anurag is looking at her but just when he reaches out to her, Prerna spots Komolika barging into Basu baadi.

Everyone gathers around including Nivedita, Mohini and Anurag, and they ask Komolika to leave immediately and Prerna goes ahead to grab her by her hand and throw her out. Soon after Chaubey and Ronit show up at the baadi with the cops. Komolika instantly says that all the members often get physical with her and torture her all the time.

Komolika then puts Prerna’s name in the fire and says she killed Vikrant. As per Komolika’s instructions Chaubey asks the cops to arrest Basu family members. Komolika feels victorious and is mocking Mohini, but then Anurag steps in and stops the cops from arresting Prerna and the rest of the family members.

He threatens to play Komolika’s confession on his news channel and even threatens Chaubey by saying that he knows Chaubey is behind the publication scam their family faced. The written update of 22 May 2019 Kasautii Zindagii Kay episode full story ends here.

In the upcoming episode of Kasautii Zindagii Kay watch how everything comes to an end for Komolika and she finally gets arrested. Stay tuned!