In Khatron Ke Khiladi 10 episode of 4th July we see Karan Patel, Karishma Tanna and Shivin Narang Get The Fear Phunda From Rohit Shetty and go ahead to perform the elimination stunt

Karishma being the slowest receive the fear phunda.

The contestants move on to the next stunt location where they along with Rohit Shetty have some fun moments. The new stunt is then explained to them by Rohit Shetty and Dharmesh and Shivin perform it. The stunt is a dynamic one including a truck, a sledge and a pully, Shivin selects Balraj to be his partner who goes first, Dharmesh chooses Karan Patel to be his partner. According to the results, Dharmesh is safe as he and Karan win the stunt and Shivin receives the fear phunda from Rohit Shetty.

It will really be exciting to see who among Karan Patel, Karishma Tanna and Shivin Narang will be at their best in the upcoming eliminations stunt.

Rohit Shetty further takes the top 6 to the location of the elimination stunt, where before explaining the stunt Rohit Shetty has some fun interaction with Tejasswi and Karishma. The stunt including various creepy crawlies is explained to the performers.

Shivin Narang goes on to perform the stunt first, he completely overcomes his fear for creatures and completes the stunt. Karishma Tanna goes in second while we see Karan Patel freak out and nervous before his chance to perform. We also see Karishma Tanna completing the stunt with good energy. Next Karen enters the dark room. But, Karan is not able to overcome his fear and abort the stunt. Leading to which Karan Patel gets eliminated. All the contestants get really emotional as they were really close to each other. He gives everyone a last group hug before he bids goodbye to everyone. But, still there was one twist remaining as Rohit Shetty reveals that this was a no elimination stunt and Karan is safe with a new chance. Stay tuned to IWMBuzz for more such daily written updates. 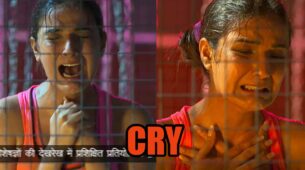 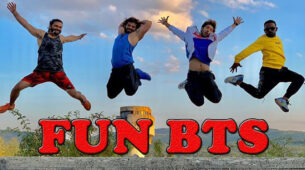