Today’s Kulfi Kumar Bajewala 11 July episode begins with Reporters asking questions to Sikander and Amyra. Amyra excitedly praised him and mocked Kulfi (Aakriti Sharma) saying she was the only daughter of Sikander. Media started questioning Kulfi about her childhood but Mia saved her. Kulfi was heartbroken from Sikander’s words. They went home and Amyra thanked Sikander.

Sikander tried to reconcile saying he wanted the best for both of them and accepted his mistake. Kulfi thought Sikander was really helpless and told him she was content being his daughter. She started crying when she reached her room and started questioning goodness for putting bad times after her good times.

She wished to stay with her father and Mahinder heard this. Mahinder showed his trophies to Sikander told and him he was incapable to great things. He questioned his upbringing and how he was ashamed to call him his brother. He said when Sikander lost Kulfi; he lost his most prized possession. The written update of 11 July 2019 Kulfi Kumar Bajewala episode full story ends here.

Read More Amyra is successful in her plan 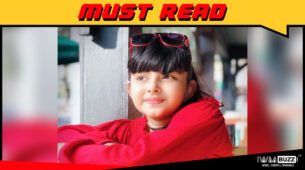