In Kumkum Bhagya Written Update 23rd March 2020 episode, Ranbir flirts with a salesgirl and Maya and Prachi get jealous. Ranbir and Prachi pretend to get lost in each other and Maya sees this and tells her mother she doesn’t want to marry Ranbir. Maya confronts Prachi and Ranbir about their relationship. 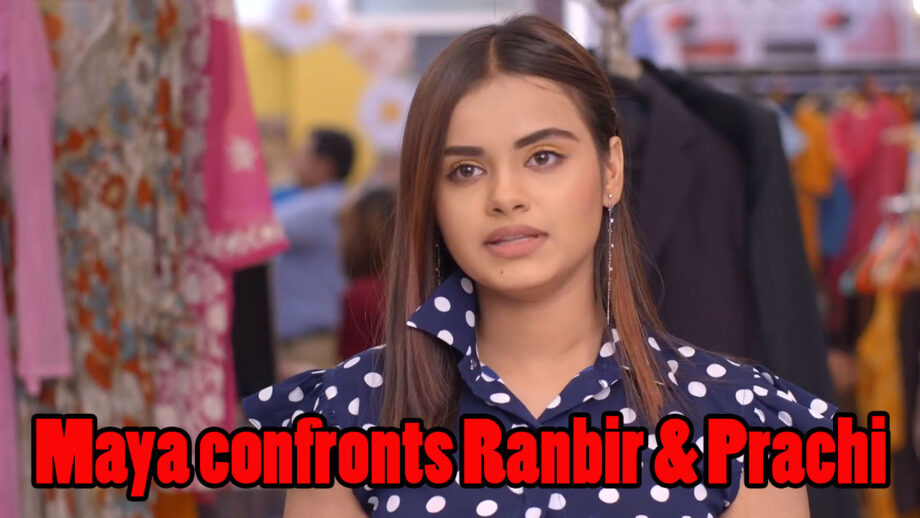 The episode begins with Chaubey asks the salesgirl to show everything in black for Ranbir. Shahana asks Sarita ben whether romance has started between Prachi and Ranbir and she says it has already begun. Shahana and Sarita ben argue saying whether romance has begun or not. Meanwhile, in the mall, Ranbir flirts with the salesgirl and Maya and Prachi get jealous. Prachi asks him if he is done and he says she acts very well and they will create some more drama in front of Chaubey.

Prachi scolds Ranbir for flirting with the salesgirl and Ranbir says whether she is jealous herself. He tells her she has to act and not get jealous. On the other hand, Maya asks the salesgirl why she was flirting with Ranbir. She says she was just trying to do her job and make a sale. They hold each other and pretend to be lost in each other but actually get lost in each other. Maya sees them and tells her mother she doesn’t want to get married to Ranbir. Maya tries to talk to her but she gets Chaubey’s call. Prachi and Ranbir hear it and get happy and hug each other. Ranbir informs his mother.

Mrs Chaubey tells Chaubey that he should be a responsible husband and father as well, not just a politician and tells about Maya. Prachi is about to fall and Ranbir holds her and they share an eye lock. They recall their moments together. Maya sees them and asks them since when this is happening. She asks Prachi if she loves Ranbir and Prachi stands speechless.