In Kumkum Bhagya written update 5th March 2020 episode Prachi feels jealous and everybody teases her. Politician Beyani denies help to stop the wedding. Pallavi is worried but Vikram calms her and they finally leave for the engagement. 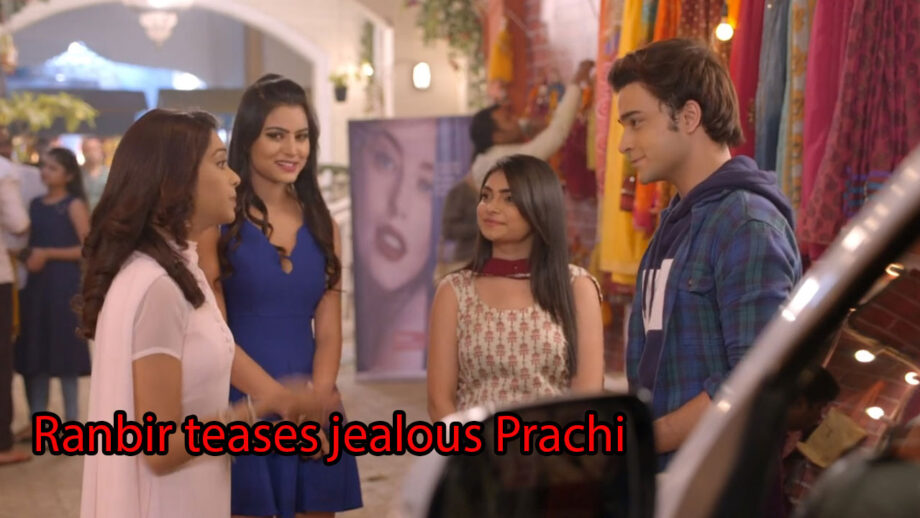 The episode begins with Ranbir praising Dimple and Prachi getting jealous. Prachi takes Dimple away to tidy her saree. Ranbir looks at Prachi’s photo and says you look beautiful when silent because my attention is on your face otherwise it is always on fighting. Shahana enters with tea and he drops the frame. He tells Shahana not to tell Prachi whatever he said but she tells him to tell Prachi one day. Prachi dresses up Dimple and gives tea to Ranbir and Dimple. Dimple tells Ranbir that will Maya leave him, he says all depends on her acting. Dimple flirts with Ranbir. Prachi puts a garland around Dimple and Ranbir’s neck and also a tika. Shahana tells them to pose like husband-wife and Dimple was about to kiss Ranbir but Prachi stops her. They think of making up the story. Ranbir holds Prachi’s hand and doesn’t let go.

Alia and Vikram visit politician Beyani, Chaubey’s senior and make a donation of 10 lac. They ask his help to stop the wedding but he denies and tells that let the wedding happen and don’t pile up your difficulties. Ranbir and Prachi leave and while talking Ranbir holds Prachi by her waist. Dimple asks Shahana if there is anything between Ranbir-Prachi to which Shahana replies the guy has realised but the girl is still confused. Prachi tells Ranbir to drop Dimple and head home straight and they all teasingly smile at jealous Prachi.

Shahana teases Prachi and gets happy thinking of ‘Pranbir’. Pallavi is worried about Ranbir but Vikram calms her by telling things will be fine. In the morning Kohli’s get ready to go for engagement but Beeji is worried. Chaubey calls Vikram and asks if they left. Alia thinks of Rhea who holds herself responsible for Ranbir’s engagement. Ranbir plays some songs and Aryan calls him sad and mad. But Ranbir says he is absolutely safe and tells his plan to Aryan. They both get happy and decide to celebrate if the plan works.