In Kumkum Bhagya Written Update Episode1715 19th November 2020, we see that Pragya tells Rhea that she wants her daughter back. Both clear their misunderstanding and unite. 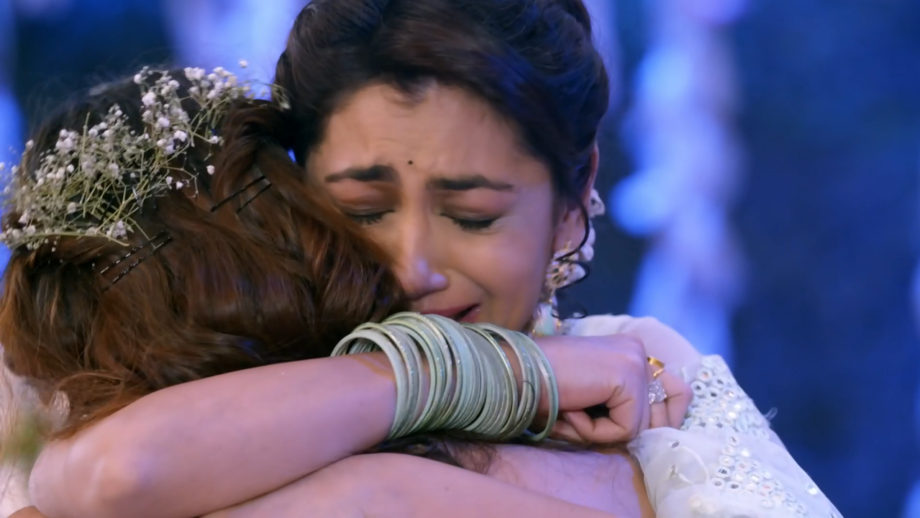 The episode of Kumkum Bhagya starts with Ranbir running behind Sanju to catch him. They fight, Sanju asks Ranbir to leave him or else the police will take him to the police station. Bittu comes there with his bike. They both escape. Sanju tells Ranbir that he will come back.

Meanwhile, Rhea is crying thinking about what Pragya said. Pragya comes there and sees Rhea crying. Pragya comes and sits beside her. Rhea says that she doesn’t need Pragya’s fake love and leaves.

Coming back, Ranbir is with Prachi, Sarita Aunty and Sahana in the car. Prachi asks Ranbir what he is thinking. Ranbir thinks that Sanju came to kill Prachi, and if he tells Prachi about it, then she will get worried.

Pragya says that it is her mistake that whenever Rhea needs her, she is not there. And whatever Rhea has become today is just because Pragya left her. Pragya tells Rhea that she regrets the decision of separating with Abhi. Pragya says that she loves Rhea and asks if she loves Prachi. Both are important to her. And she can never hate Rhea.
Rhea tells Pragya that she misses her. Then both hug each other.