Kundali Bhagya 13 June 2019 Written Update of today’s episode we see how Preet returns to Karan but he is upset with her and say evil things to her. 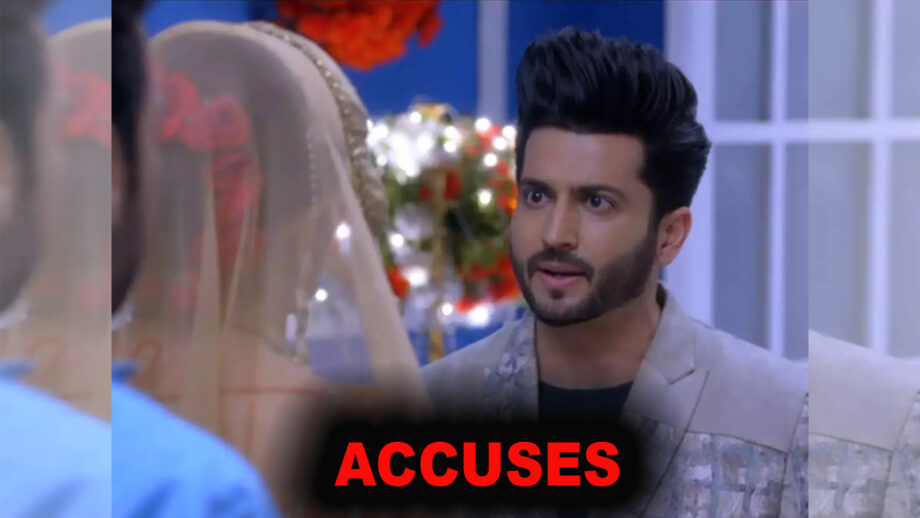 Today’s Kundali Bhagya 13 June episode begins with Preeta (Shraddha Arya) trying to tell the Luthra’s what had happened with her. Karan (Dheeraj Dhoopar) was in his room drinking in anger and he threw the glass. Preeta heard the noise from Karan’s room and decided to meet him first. Preeta told everyone that she needed to meet Karan and ran up the stairs. Prithvi spilled oil on the stairs before Preeta ran up the stairs.

Preeta climbed the stairs and slipped because of the oil. Rishabh held Preeta and stopped her from falling down. Preeta thanked Rishabh and continued to Karan’s room. She hugged Karan the first moment she saw him. However, Karan refused to reciprocate. Rishabh called the house-help to find out who spilled the oil. He decided to find the culprit. Seeing this Prithvi tried to escape.

Kareena asked Rishabh to deal with this later. Prithvi went to Sherlyn and told her that they needed to run away before the Luthra’s kick her out the house. Prithvi tried to tell Sherlyn how his plan had failed. He told her that Preeta was already with Karan and their whole plan would be exposed. Sherlyn slapped Prithvi and this time Prithvi slapped her back.

Preeta was in Karan’s room but Karan was taunting her for the wedding being completed. He blamed Preeta and accused her of working for Sherlyn the whole time. Preeta was shocked that Karan thought she was helping Sherlyn. Karan told Preeta that she broke his trust and Rishabh’s trust in her. He even said that Preeta was worse than Sherly. The written update of 13 June 2019 Kundali Bhagya episode full story ends here.

In the upcoming episode of Kundali Bhagya watch Preeta had enough of Karan’s insult and slapped him. Stay tuned!