Kundali Bhagya 25 April 2019 Written Update of today’s episode we see how Karan realizes that both Prithvi and Sherlyn are running late for the bachelor’s party and he immediately realizes that something is wrong. 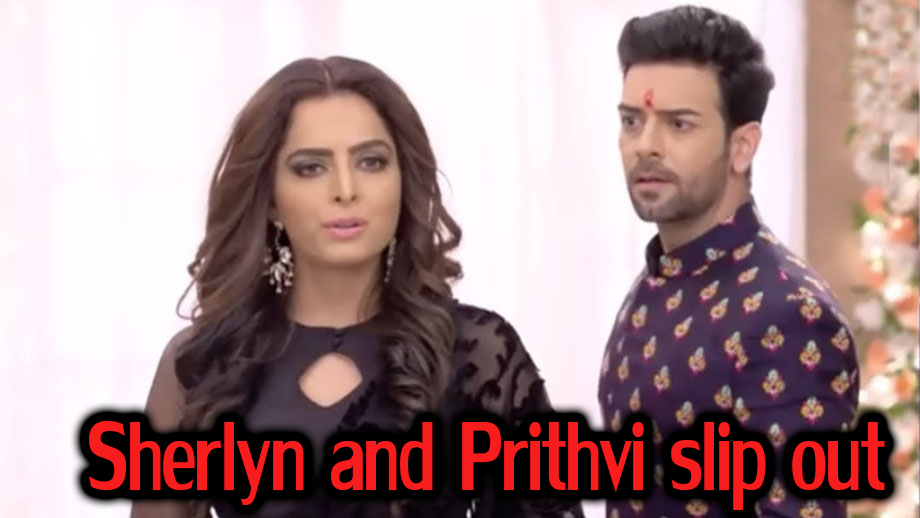 Today’s Kundali Bhagya 25 April episode begins with Sarla is trying to get a hold of anyone she can from the Luthra house but all their phones are collected and kept away in a basket because of the bachelor party. Sarla decides to directly show up at the Luthra house. Karan (Dheeraj Dhoopar) continues to tease Preeta (Shraddha Arya).

He tells Preeta about not finding any guy for her. Preeta tells Karan that she can date anyone she wants. She is just not that interested in dating anyone. Karan and Preeta’s fight is stopped when Daadi and Kareena aunty show up in gowns. Karan compliments them on their change of look.

Later Mahesh ji sees Sherlyn’s (Ruhi Chaturvedi) mother all by herself and asks her where Sherlyn is. Her mother goes out of the party hall and tries calling Sherlyn to find out where she is. Karan notices her calling Sherlyn and spies on her.

He sees that Sherlyn is rejecting her mother’s call while her mother gets worried. Karan then catches hold of Srishti and explains his idea to her. He tells her that Sherlyn and Prithvi (Sanjay Gagnani) are both missing from the party together. He tells her that he has already seen the two of them together. However the last time he tried to get proof, he landed up in jail.

Srishti tells him that she has an idea to make Sherlyn spill the truth. She tells Karan that they can use a truth injection which will force Sherlyn to speak the truth. Just then Tanvi shows up and calls Srishti and Karan to the party hall where the dance was starting.

Sherlyn’s mother is happy to see Luthra family all present there and re-instates her feeling of this family being good for Sherlyn. Prithvi is looking for Sarla aunty so that he could stop her from reaching Luthra house. The written update of 25 April 2019 Kundali Bhagya episode full story ends here.