In Kundali Bhagya written update 3rd March 2020 episode Karan acts of being hurt and later leaves from the academy with Preeta. Mahira and Sherlyn reach to the party. Mahira leaves the party angrily when she finds out Karan is having dinner with Preeta. 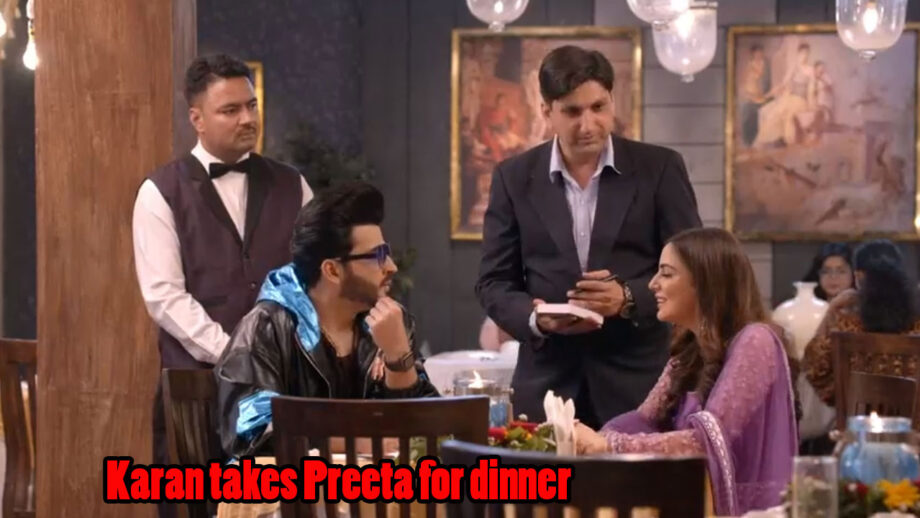 The episode begins with Preeta having a romantic dream of Karan. She wakes up jolted and smiles. Srishty teases her and tells her why she was smiling shyly. Preeta leaves the room saying she is getting late for work. At Luthra’s house, Rishab was about to leave for office without having breakfast but Rakhi stops him and feeds him. When he sees Karan at home, he inquires why he isn’t on the ground for practice and tells him to concentrate more as 20-20 matches are around the corner. Kareena taunts Karan and after a moment Mahira comes there to invite Karan to her party. Karan refuses saying he has to practice, but Kareena asks him to attend the party and he agrees.

At the academy, Karan sees Preeta talking and smiling with Shiv and gets jealous. He pretends to be hurt and sends Shiv away on the ground and tells Preeta to not talk with Shiv as Shiv likes her. Here Mahira is confused selecting the outfit for the party and asks Sherlyn for her. Mahira tells her that she wants to look hot for Karan but Sherlyn says that Karan isn’t someone to like hot girls. Mahira narrates the morning incident to Sherlyn and tells her that Karan likes her. Sherlyn gets thinking whether to believe her as she knows that when Mahira’s overconfidence will lead to Preeta coming back to the Luthra house.

After Shiv comes back to Preeta’s office saying no one is on the ground, Karan asks him to go to the dressing room and pretends to get a call and takes Preeta with him saying its an emergency.
Mahira and Sherlyn reach the party venue and Mahira’s friends’ compliment her. She calls Karan who is out with Preeta for dinner and asks why hasn’t he reached to which he says he is out having dinner and would join them after. While hanging up she hears Preeta’s voice and leaves angrily in the car. Sherlyn calls Mahira as she is unable to find her in the party. Mahira tells Sherlyn about Karan and Preeta and that she will be slapping Preeta for coming after Karan. Sherlyn is worried as she is unable to stop Mahira from doing this mistake.