MTV Roadies Real Heroes 18 Aug 2019 Written Update of today’s episode we see the remaining three gangs battling to their way to be the Real Hero. 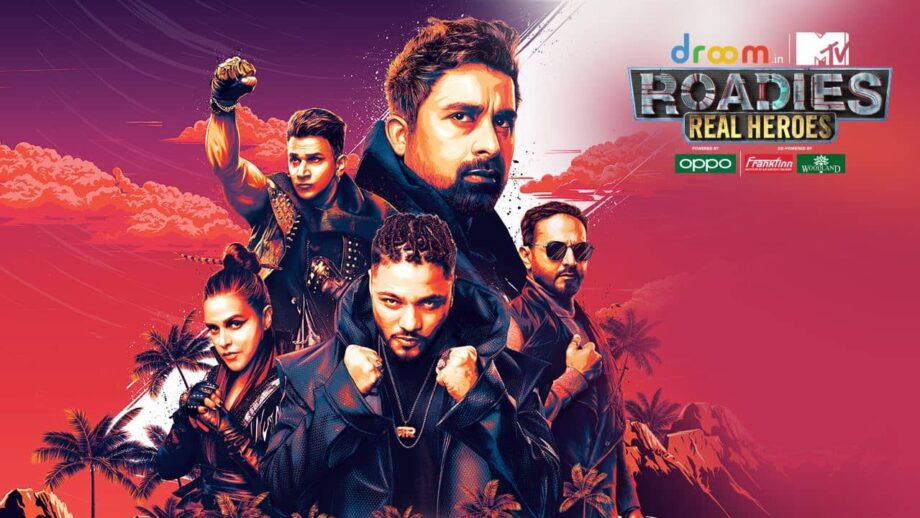 Today’s MTV Roadies Real Heroes Written Updates of 11 Aug 2019 starts and it was time for the final showdown. Roadies get to spend one evening including entertainment with the gang leaders.

It was time now for the semi final task, Rannvijay telly the Roadies that from the remaining 7 Roadies only 3 will be able to make to the Final, One spot in Final is already accupied by Bidan so now only one girl and one boy from remaining 3-3 of each will be able to make to the finals. Sandeep and Neha even after both being eliminated keep arguing on who planned against whom, as usual Rannvijay throws a surprise bomb. Neha and Sandeep have to choose one Roadie from the 4 previously eliminated Roadies, they selected Tara to compete in the Semi Final task, Tara will be representing Neha and Sandeep Gangs together.

It was time for the boys round. Arun won the first round. Second won by Arun again, third round won by Tara. fifth won by Lakshya, sixth round was tied between Tara and Arun, seventh was again a tie but this time it was between Arun and Lakshya. Only one vote remaining and it went in Arun’s Favour.

So our three finalists are Bidan, Ankita and Arun, the final battle between Gang Prince and Gang Raftaar. and they were all set for the Final task. All three got a gift G-shock watches.
Time for the Finale.
Rannvijay starts the explanation of the Final task which will be in three stages involving a droom car, a crane, a rope ladder and also some puzzles, and fire. It is time.

First was the turn of Arun. He was quick in climbing the ladder and went on smooth through the first stage, and also through the second stage, time for the third stage. He was great in the third stage too and Arun’s final task was over.

Next it was Ankita’s turn. Ankita was super quick in climing the ladder and went flawless through the first stage. She was good through the rope puzzle as well and second stage was done. She was really giving to the boys, She was through with the third stage and she completed task nice.
Time for Bidan’s performance, he just went running through the ladder to complete his first stage. But in the second stage he had choosen a wrong key for Prince’s recue. Some time was waisted but not much. He was amazing in the third stage and his task was also completed.
Time for the result now.

So that’s it, Raftaar had his first win in Roadies and Arun was the Roadies Real Hero. The written of update of Roadies Real Heroes of 18 Aug 2019 ends here along with the end of this season.