Nach Baliye 9 19 July 2019 Written Update of today’s episode we see how Salman Khan and Manish Paul introduce jodis one by one and keep the Judges a secret. 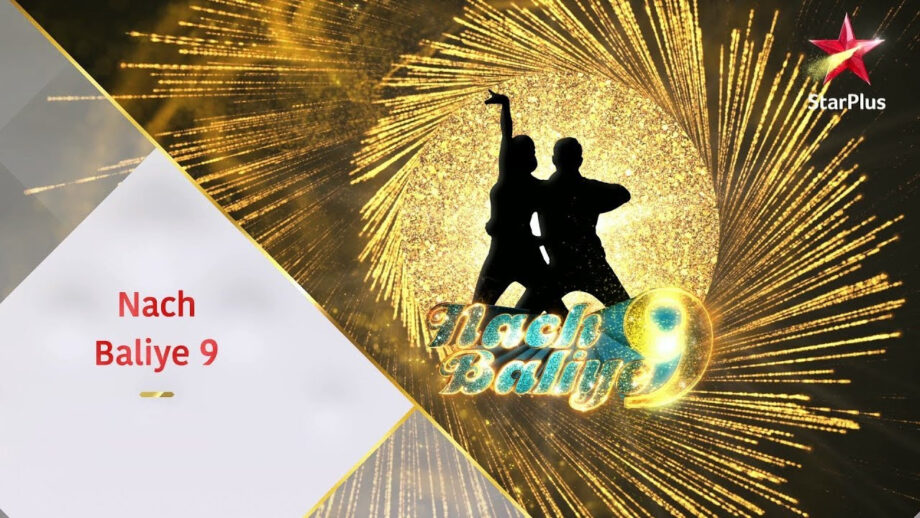 Today’s Nach Baliye 9 Written Update 19 July began with Salman making a grand entry as he is the producer of the show. He welcomed the host of the show Manish Paul. Manish said Salman would be unmasking the Jodis of Nach Baliye. They counted down. The first performer Mohsin Khan and Shivangi Joshi performed on the song ‘Tu Banja Meri Ishq Di Chashni’. The first jodi Shraddha Arya and her dance partner Alam Makkar came on the stage. Everyone clapped for them. Salman Khan and Manish Paul came as well. Salman joked that Shraddha’s partner had also become a Pari. Manish said Kartik and Naira’s jodi was here on Nach Baliye. Salman said Kartik and Naira was most popular Jodi, their show Yeh Rishta Kya Kehlata Hai was running since ten years. Mohsin said they had come to introduce their favourite jodi. Salman said he just realized that if he couldn’t make it on one field, they could be friends, a guy and a girl could be friend even after break up.

Manish said they will see if they were ex jodi or current jodi. Shraddha Arya and her current beau Alam Makkar were seen. Shraddha said they were current and were dating since six months. Alam said he was feeling much good and will take tips from Salman. Salman and Manish cracked jokes. Akshat Singh made an entry. Salman asked if he had any Baliye. Akshat said he had a belly. He danced for a while. Manish and Salman gave a similar reply. Akshat performed on the song ‘Baaki sab first class hai’. Akshat called his favourite jodi on stage. Salman and Manish tried to guess. Salman asked Mr and Mrs. Peacock to remove their masks. Manish announced the second Jodi. The second jodi was Babita Bhogat and Vivek Suhaag. Babita’s AV showed her achievements in the women wrestling. She had been a winner in Commonwealth wrestling competition thrice in a row. She got recognition after Dangal movie. Salman said wrestler would just match a wrestler. Babita shared her life experiences and family background.

She said they got to see Tv just on 26th January, only once a year as their dad kept them very disciplined, it was their love that they were here today. Manish said Babita was the awardee of the Arjun Awards. Salman wished her all the best. Manish asked Salman where the judges were, if there was a competition. Salman said there was a judge. He went and took the judge’s seat. He said he wished he was the judge. Manish asked then who the judge was. Salman said judges would make an entry like Karan and Arjun by shattering the earth. Manish guessed the next Jodi. Salman asked him to perform on Dhinka Chika. Manish goy an envelope from his pocket and said this had a list of all the ex. He welcomed the Jodi Shola and Shabnam, who woul be introduced by Puneet and Shakti. Puneet and Shakti performed on the Song ‘Kalank Nahi Ishq hai’.

They presented the Fire and Ice jodi, Urvashi and her dance partner. The third jodi was Urvashi Dholakia and Anuj Sachdeva. Urvashi’s AV presented her life journey. Urvashi told about her two sons, her separation at the age of 18, the trolling she faced by the people, her rebellion. Her sons Sagar and Shitij praised her that she didn’t remarry as family came first for her. Manish asked her Baliye to unmask himself. Anuj Sachdeva was her ex. Urvashi said every girl thought of having a life partner, she wasn’t open about her life, she was in a relationship with Anuj for four years, and she met him at Star Parivar Awards. Anuj said Urvashi was brave and mature.

Urvashi said they both realized that it wasn’t meant to be. Salman said she finally had got Anuj out in front of the world. She said thry have come on his invite. Manish said they were the first Ex Jodi. Urvashi kept her three conditions. She said she didn’t want anyone to tag their relation. Salman said being like this was an amazing thing. Anuj said he accepted. Urvashi said she will not interfere in Anuj’s personal life and he wouldn’t interfere in her personal life. Anuj said he agreed. She kept the third condition. She said they were exactly the same off screen, they know each other since 9 years, they weren’t pretending here.

Salman said life was too long to hate, one can be friends with ex. Urvashi said they haven’t worked together before. Anuj said he accepted all the conditions. Salman joked that he felt Anuj was the ex, going towards the present, having said Qubool Hai thrice. Manish gave the hint about the next Jodi, Desi and Videsi, Dove and Raven. Rahul Mahajan and Shrenu were going to present them. Rahul and Shrenu performed on the song ‘Second hand jawani’. The fourth jodi was Vindu Dara Singh and Dina Singh. AV showed Vindu speaking about his life’s ups and downs.

He spoke of his low phase, when he met Dina, who had become his biggest support. Dina told about their daughter and family. Dina said she thought this Nach Baliye invite was a joke, since Vindu wasn’t a good dancer. Salman joked. Salman said the next beautiful jodi, they were married last year. Manish said he was aware of them; Zain Iman and Choreographer Aishwarya were coming to introduce them. Zain and Aishwarya performed on the song ‘Slowly slowly’. The fifth jodi was Prince Narula and Yuvika Choudhary. They unmasked themselves. Manish said Prince was here for the shooting even after a shocking incident that happened today. Prince and Yuvika cried and consoled each other. Nach Baliye 9 Written Update 19 July 2019 full episode ends here.

In the upcoming episode of Nach Baliye 9, watch several other jodis being introduced. Mouni Roy and Karan Patel come to introduce other jodis. Salman introduces the judges of the competition. Stay Tuned!