The episode begins with Mamta getting happy as Vidya won’t reach for the exam. Vivek calls Avtaar and tells about Vidya’s situation. He prays to god for Vidya. Mehak comes with food but he ignores her and asks her to not disturb, so she gets angry and says he shouldn’t show her attitude as she has apologized. She asks him why he is tensed and he tells her that he is unsure if Vidya can make it to the exam on time. Vidya prays in the temple and hears Munni’s parents voice. She finds them leaving but recalls Vivek’s warning. She stops them and Munni’s mother gets shocked. Munni’s mother scolds her, but Vidya says she doesn’t have time as if she doesn’t make it in time for the exam everything will be ruined. They drop her and she enters the exam hall and the invigilator doesn’t allow her as she is an hour late. She explains her situation. The invigilator agrees to allow her for an exam and asks for her hall ticket. As Vidya searches for the hall ticket Munni’s mother comes with it and asks her why her name reads Vidya Vivek Vardhan Singh and demands an explanation. Vidya stands helpless.

Vivek and Mamta are shocked when Vidya tells them that Munni’s mother found the truth. She scolds her and says that her lie has put Vivek’s career at stake. Vivek asks her if she appeared for the exam. He recalls taking the hall ticket from Munni’s mother. Vidya has a flashback of the things happened at the exam hall, how Munni’s mother waited until the exam ended and asked for an explanation. He also remembers her ultimatum to reveal her truth to the villagers of Devgarh or else she would expose her.

Mamta is worried as her plan backfired and Munni’s mother found the truth. She scolds her and says because of her, Vivek will also be jailed. Avtaar calls Vivek and inquires about Vidya’s exam. Vivek tells him that she appeared but Munni’s mother found out. Avtaar gets worried. Vidya says they have to find a solution as she has to give exams tomorrow. Mamta says if yo care for Vivek you won’t go, instead confess the truth to the villagers and nothing should happen to Vivek. Vivek interrupts her but she shouts at Vidya. Vidya says she heard her but will do what her heart tells her to do. Vivek smiles hearing this. 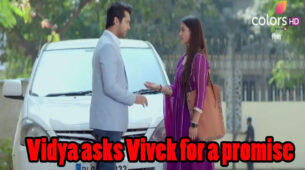 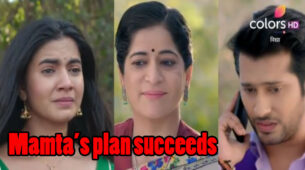 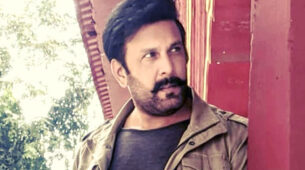