In today’s episode of Yeh Hai Mohabbatein, we see Raman taking a decision of becoming Shardul so that he can find out the reality behind Natasha’s intentions. Today’s episode of 11 September 2019 Yeh Hai Mohabatein starts as we see Natasha share the problem with Arijit who tells her to be careful with the Bhallas. Appa Karan and Yug go and inquire with the secretary the reason for giving Natasha and Sunil the flat. The secretary tells them the story he was told by Arijit to get the flat. He even tells that now nothing can be changed as per the society rules. Natasha informs Arijit about the problem being solved. While Sunil argues with Karan and Yug.

Raman gets angry about everything that has been happening but his family calms him down and tells that Natasha may take advantage of this. Yug takes responsibility for taking care of Raman while Karan and Sudha go to have rest as Ishita promises them that everything will be managed.

In the morning while the Bhallas were having the hot samosas which Mr. Bhalla brought Natasha comes and stops Raman from having it tells him that Shardul doesn’t like samosas so don’t have it. Raman gets to irritate and throws them out of the house. Natasha cries and faints. A drama is created by Sunil to get the man on their side. Sunil tells him about Natasha’s treatment for Depression.

After the mangoes, Natasha gets up and smiles. Raman gets angry with them and thinks of getting a restraining order against them. Arijit comes to the house and offers to help Raman. Ishita tells him that they won’t share personal thins. Arijit proposes starting the project but Raman denies from breaking any protocols and asks to wait for the right time. Arijit leaves and thinks of meeting Natasha and Sunil. He sees Mani nearby and enacts being on a phone and pretends to be talking to the investors.

On disconnecting the phone Shagun and Mani ask him what did they party say on the phone. He tells them about a meeting with the investors and asks them to come instead of Raman as he is in a problem. Meanwhile, Raman thinks of becoming Shardul and know the intentions of Natasha and get to know what is her main moto behind staying here.

Later, Raman gives a beautiful presentation in the meeting which impresses everyone. Arijit asks some questions on which Raman gives his input. Arijit tells him that he is impressed with such great ideas even after being away from the office for so long. Raman says that he is a businessman first and everything else comes afterward. Everyone laughs. The written update of 11 September 2019 Yeh Hai Mohabbatein ends here. 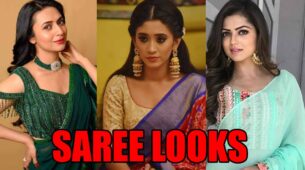