Yeh Hai Mohabbatein 17 June 2019 Written Update of today’s episode we see Neha’s truth is finally out but the Bhalla family decides to spare them. 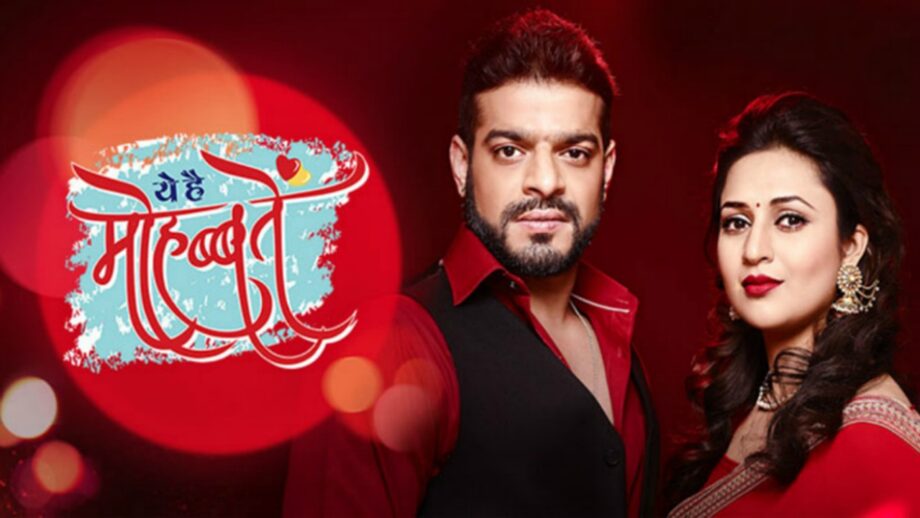 Today’s Yeh Hai Mohabbatein 17 June episode begins with Shamshad putting his signature on the papers. Ishita thankes Shaina. Shaina said not to thank her as she cared for her and helped her stand against Sahil. Shamshad said if Sahil knew about this, he will try to save himself and kill him in this jail, if he knew Shaina was alive, he will kill all of them. Commissioner said to not worry, Manish and he will stay in highly protective cell, Shaina will stay safe in Bhalla house. Shamshad said he was ahead of them.

Shaina asked him to take care. Shamshad wished her the same and apologized for troubling them. Ishita (Divyanak Tripathi) said she didn’t want anything to happen to him. They will not tolerate Sahil more. Shamshad apologized to Karan. Raman (Karen Patel) thanked the commissioner. Sahil called Munna and asked what the news was. Munna said everything was calm. Sahil asked how can this happen, Raman and Ishita won’t keep quiet, check well. Raman pointed gun at Munna.

Sahil said he wanted information and to call him when he knew anything. Karan said they knew Sahil kept him there and should keep his mouth shut. Ruhi took Shaina with her. Raman said Shamshad’s confession won’t help, danger wasn’t over until Sahil was arrested. Aaliya said Neha can create problems for them. Simmi said she will handle her. Ishita said to behave normal, so that she doesn’t get suspicious. Simmi said she wanted to discuss something, Mani and she wanted to go to the commissioner’s office, that bullet shell was related to a bank robbery, she thought to take them to police station.

Ishita asked what the connection was. Simmi said she didn’t t know and asked when can she accompany her. Raman said everyone will be worried, they will wait for one day and go tomorrow. Simmi said they will directly take them there. Yug asked Raman was the stress really over. Raman told him about Munna. FB showed Raman asking Munna to tell Sahil whatever he told him, if anyone knew this, then he will be shot by inspector. Munna agreed. FB ended. Yug said this is why he was confident. Raman said yes and warned him to no tell anyone. Yug smiled and went away.

It was morning, Ishita asked Shaina to give food to Mr and Mrs. Bhalla. Mihika said she waa not getting her diamond ring. Ishita said relax and asked it was the ring gifted by Romi. Mihika said it was the anniversary ring. Aaliya asked her not to worry, they had strangers at home. Neha said she came there for her husband. Ruhi asked Aaliya to calm down.

Mihika said stop blaming Neha. She apologized to Neha. She said Aaliya was right, she will check her bag. Simmi asked what was wrong with her. Neha said it was okay and permitted Mihika to check her bag. Mihika got the bag. Yug said it will be fun now, fraud woman. Simmi asked Mihika to find it. She got the ring. She asked was that her ring. Mihika said yes and accused Neha. Neha said she didn’t steal the ring; Aaliya would have stolen the ring and kept it in her bag to tarnish her image. Aaliya said she was a liar. Yug said don’t say any nonsense.

Aaliya asked Ishita to say something. Ishita said she was disappointed in Neha. Neha denied the accusations. Aaliya said call commissioner. Neha said she will kill her. Bala got the police. He asked which pistol you will use to kill Aaliya. Inspector showed the bullet shell. Neha pushesld Bala and ran.

Sahil said why Munna wasn’t calling him. He called Munna. He said he had to go to Bhalla house and see what was going on there. Constable came and said Manish and Shamshad were in the jail, they had to go to the court. Sahil said he had to go. He left. Constable told commissioner that Sahil was worried. He asked if he should follow him. Commissioner said no, he will alert the men at Bhalla house. Neha ran. Constables caught her and slapped. Ishita slapped Neha and said she knew she was a fraud; she was waiting for a chance to reveal her truth. She asked why she came there. Bala said police had the facts. Inspector asked her how she got the bullet shell. Neha said her husband died by this bullet. Ishita asked why she was calling Yug as her husband. Neha said Yug killed him. Yug said he didn’t kill him. Inspector told about bank robbery. Yug said he was present there and stopped that thief. Neha said that robber was her husband, he killed him.

Yug said no, police came there and siren rang up, he killed himself by mistake. Neha said he killed him and decided to avenge her husband. Bala said Yug didn’t shoot him, inspector told him that her husband died by the bullet from his own gun, Yug had saved many people’s lives. Neha said she had sent the bullet and called him to club, she followed Yug and got to know he was going to become Adi to marry Aaliya, she came here as physio and did this drama, she thought Aaliya will leave him, but she didn’t leave him. Ishita said Aaliya’s love was true. Neha said her love was also true. Inspector said they had seen CCTV footage, Yug was warning her husband and her husband didn’t listen, he shot himself by mistake. Yug said sorry and that he was just trying to save people.

Aaliya said she also lost her husband in a similar way, Adi made a mistake, he was a threat to someone else, she cried a lot for him. She advised her to mourn his death rather than take revenge. Inspector said she had to come with them. Aaliya said they didn’t want to file case on her. Ishita said they didn’t want to punish her. Neha said she wanted to get punished. She cried. Shaina thought they were really good. Neha went with police. The written update of 17 June 2019 Yeh Hai Mohabbatein episode full story ends here.

In the upcoming episode of Yeh Hai Mohabbatein, watch Ishita praises Shaina for her bravery and Raman confessed to have messed up due to which Sahil will not be caught. Stay tuned!