Yeh Hai Mohabbatein 6 June 2019 Written Update of today’s episode we see how Raman thinks Ishita is interfering in Abhi’s relationship too much and Ishita tries to prove him wrong. 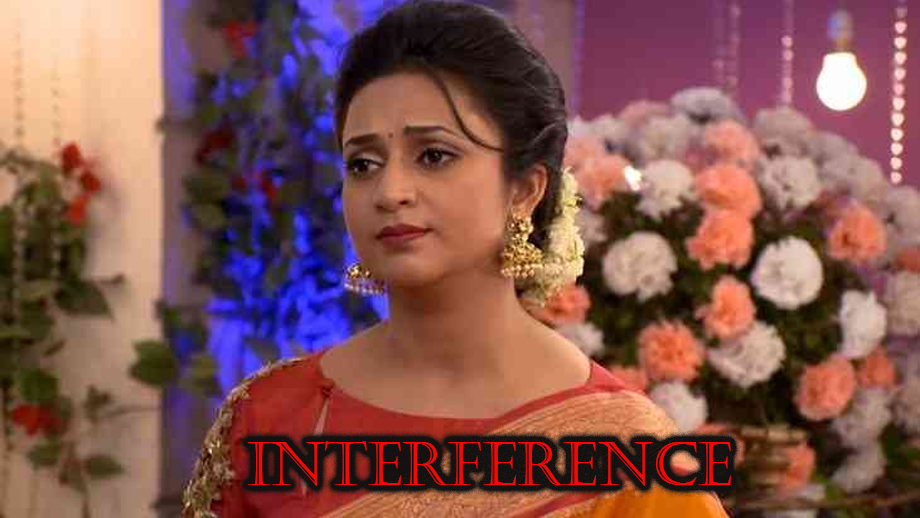 Today’s Yeh Hai Mohabbatein 6 June episode begins with Alia receiving passpot renewel from Shagun. Aaliya told her about Adi’s presentation which was supposed to happen today. She told her that she chose clothes for him and hopes his presentation goes well. At office everyone clapped for Adi at the end of presentation. Aaliya called him and Adi told her that he got the deal. Aaliya congratulated him and asked him to have food. Adi said he will have it, and disconnected saying Raman is calling him. Aaliya told Shagun about the dishes she made for Adi.

Shagun said he wouldn’t like it but Aaliya said he will surely like it, and asked her to make video call to him, as she will congratulate him. Adi saw the food and did not like it. Aaliya called him and he saw her upset and asked the reason. He appreciated the food. Aaliya said that she knew that he did not like it. Adi tried to convince her that the food was good but she said that Shagun had warned her that Adi wouldn’t like it. Shagun congratulated Adi.

Adi thanked her and showed the contract papers. Aaliya notices that Adi wasn’t wearing the clothes she selected to which Adi responded that Ishita (Divyanka Tripathi) suggested them. Angered, she cut the call. Shagun told Aaliya that Ishita always interferes.

Ishita questions Gauri about giving the vegetables when Adi doesn’t like them. Shagun yelled at Ishita for selecting clothes for Adi, when Aaliya chose something else. Ishita said Adi wears formal clothes for work, but she didn’t want to go against Aaliya, as she is her daughter, and said she need not interfere between them, as this is their personal matter.

She told Aaliya that she is Bhallas’ bahu, and she is her Amma first, she need not tell everything to Shagun, as her Amma also stays there but she didn’t tell her everything. Aaliya asked Shagun to meet the travel agent. Shagun left.

Raman (Karan Patel) was afraid that a fight would break when Aaliya will come to know that Adi didn’t wear her selected clothes. Ishita said she did not wish to hurt Aaliya, but she just wanted Adi to be comfortable. On the other hand Adi told Aaliya that he did not like the clothes, but he did not wish to hurt her and also Ishima did not wish to hurt her, she was helping him. Raman said this is not called help, it’s called interference. Ishita said that she is not an interfering mother in law. He said Shagun called him and complained. She said it’s not good that Shagun interfered. She scolded Aaliya as her mother in law. He said Aaliya doesn’t think the same and asks Ishita to prove that she is not interfering. She agreed. Adi and Aaliya started arguing. Adi said she should know it. Ishita came and apologized. She said one should maintain relation between Sasural and Maayka. Aaliya said Shagun overheard them talking.

Ishita said sorry and realised her mistake. She gave the keys to Aaliya. Raman insists on her to take it so he can spend some time with Ishita. Aaliya thanked her. Raman said she did not win completely. Raman is not convinced that Ishita gave up but Ishita tried to convince him and told him that she now has time to go to the clinic and attend patients.

Raman asks Ishita to bet on Ishita taking back the keys and Ishita shakes his hand. The next morning, Ishita woke up late, Raman was not there. She got Raman’s note. Raman wrote that he changed the alarm time for her to rest while he goes for jogging. She recalled Raman’s challenge.

She thought Aaliya will make breakfast but she doesn’t know what everyone will like. She thought of helping her and helping is not interference.

There Raman jogged and got tired. Mr. Bhalla and Mr. Iyyer asked him to join laughter club with them. Mr. Bhalla said that he needs a break from Ishita and Aaliya and Raman laughs it off. Mr. Bhalla said Raman and Ishita will need time to accept new relation. Ishita saw breakfast was not prepared. She said Aaliya maybe sleeping, Mrs. Bhalla will be angry. Aaliya came and said she has prepared food. She asked Ishita to taste. Ishita tasted and liked it. She said that she forgot to make Sambar. Gauri said Aaliya made sambar too. Ishita said sambar is nice too. She liked it. Gauri said Aaliya made fruit juice as well. Ishita said that she will go and get fresh. She smiled and thought that she has nothing to do here. The written update of 6 June 2019 Yeh Hai Mohabbatein episode full story ends here.