In Yeh Rishtey Hain Pyaar Ke Written Update 25th March 2020 episode, Mishti and Abir fight. Everybody except Mishti leaves and Abir says things to Kuhu. Kunal makes him understand that he should be with Mishti. 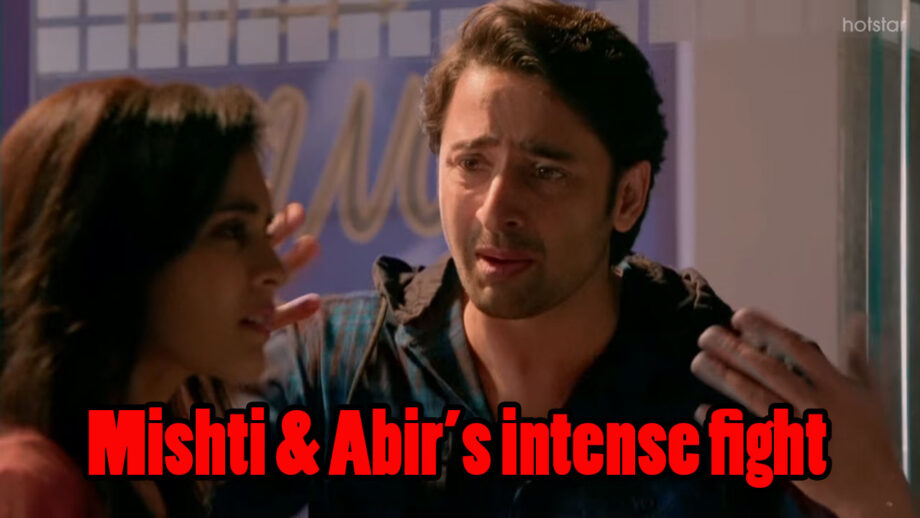 The episode begins with Jasmeet telling Kuhu she did right with Mishti. Varsha hears this and asks Jasmeet if Meenakshi is still upset and she says that Mishti is responsible for all this. Abir comes to talk with Mishti who says that she has already decided that she won’t go anywhere. She says she is not going to give an explanation if he is also going to blame her for talking to Meenakshi secretly. He says he trusts her but things got out of control after the call. She says Kuhu fights with her all the time. Meanwhile, Kunal tells Kuhu he can’t talk to Abir the way she spoke. She says she said things to Mishti alone. He says husband and wife are one unit and he is leaving and won’t ask her to accompany him.

Abir asks Mishti if he should leave his brother alone. They continue arguing and she tries to tell him that he should have scolded Kuhu in the first place after the pills incident so that she would have improved herself. He says he doesn’t want to fight and says Mishti is sounding like Meenakshi. She says she isn’t able to understand him. Abir asks her to trust him but she says he should trust her or Kuhu might create differences between him and Kunal. He says his equation with Kunal isn’t messed up. Mishti decides to not go home and doesn’t listen to Abir.

The next morning Jasmeet tries calling Nidhi to find out what is happening at Rajvansh house. Nidhi comes to Meenakshi and asks her not to worry since they will always be together. Meenakshi asks her to leave her alone. She speaks against Parul and Kunal. Meenakshi asks her to leave. Jasmeet and Varsha hear everything. Varsha says that she has to talk with Kunal. On the other hand, Kuhu tells Kunal that she wasn’t willing to talk like that but she gets tensed for him and says that he handles such a big company himself. Kunal says that it’s his choice and he likes that. Kuhu says that Abir and Mishti can come with them at least. He says that they shall let Mishti and Abir have their privacy.

Abir, Kuhu and Kunal leave and Mishti is told by the security that 3 people left in a car. Abir switches off his phone and gets sad. Kuhu apologizes to Abir on Mishti’s behalf. Abir asks her what she means and she says Mishti will not accept her mistake. Abir asks her if she accepts her mistakes. Kuhu says that she didn’t call Meenakshi. Kunal tells her that not even Mishti called Meenakshi, she had called Ketki. Abir tells her they did everything for Mishti and Kuhu’s fight to end. He apologizes on Mishti and his behalf and leaves. Kunal goes to him. He makes him understand asks him to go back to Mishti.

Mishti calls Rajshri and she understands Mishti fought with Abir. Rajshri tells her that the reason doesn’t matter but they shall use this fight to learn that when they are angry they should listen to the other. She suggests Mishti to go and talk to Abir who will surely understand her. Mishti says that he will and cuts the call saying to Rajshri that she loves her. Later Abir tries calling Mishti but his battery dies. He takes somebody else’s phone and Mishti also tries calling him. She gets sad thinking Abir is so upset that he doesn’t want to talk. She cries saying she needs Abir.