Bollywood actor Sharman Joshi, who made his digital debut with Baarish, is a versatile actor. The actor recently enthralled audiences in Baarish 2.

ALTBalaji and ZEE5’s Baarish 2 was loved by the audiences. In the first season, the audience saw Anuj (Sharman) and Gauravi’s (Asha) falling in love and getting married. And now, they witnessed the roller coaster journey of the couple as they face hurdles in their relationship.

In conversation with IWMBuzz.com, the actor revealed about his working experience, co-star Asha Negi and more…

How was your experience working on season 2 of the series?

For me, working on season 2 was splendid considering the fact that we already created a bond in the first season. This bond continued in the second season and it grew deeper during the process. We all got along very well, the principal cast of the show. I had a wonderful time working with Asha, Priya and Vikram. It was really a treat and fun working with them.

What is different about season 2? What will attract the audience most about part 2?

There is a progression in the sense that the characters still remain the same as simple and honest but they are more dynamic in terms of how they are responding to the crisis in their lives. They have been hurt from their closed ones but now they decide to stand up for their own rights. The approach is little more on the toes and has passive aggression. From the audience’s point of view, it will be nice to see the progression where Anuj and Gauravi first came from and where they are heading now. The journey will be a nice one for the audiences to witness.

What was the most challenging scene in the second season?

I think the climax scene was challenging as I had many lines to mouth. I was running late that day and felt rush on the same day. However, fortunately, I managed and did it well in the scene. How has your bond evolved with co-star Asha Negi during these two seasons?

Like I mentioned earlier, my bond with Asha has evolved even into a better friendship than it was in the first season. We got to know each other very well. I was honored and happy to work with her as she is such a fine actor and a good person. It is very easy to enact the scene when Asha is part of the sequence. It has been a treat to work with her.

Is lockdown a blessing in disguise as audience can watch the season as they are home?

From a selfish point of view, yes it is. However, my heart goes out, especially to the migrants and the labour class who had it really tough. It has been a struggle for them to reach their houses. But from our point of view, it is an advantage as people are at home and they have plenty of time to spare and it all fell into the right place together.

Which type of character would you like to explore now on web?

I am looking for something in the comedy genre. It would be very exciting for me. I am not been able to do in films as well since the past few years. I have one project coming up which is directed by Umesh Shukla but apart from that I don’t have anything much in the genre.

I am spending it quite well. I have been working continuously. Quarantine happened when I was looking for a breather, however, it has been more than a breather now. It has been wonderful as I have been spending time with the family and kids. I am getting to play board games with them and also reading books together. It has been a lot of fun. Have you explored something new thing during your free time?

I am just missing socializing, meeting friends and family.

We have to do our best as citizens in terms of keeping distance and wearing masks and gloves. We will all get back soon. Lots of love to all my fans and thank you for all the love that you have showered on the show Baarish.

Also Read: Baarish is a clutter-breaker on the web: Sharman Joshi 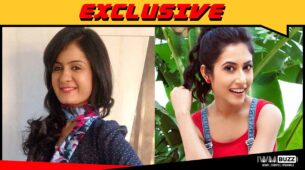