Well, if you are a true web series fan, and worship real art and talent, then you would probably love Pankaj Tripathi. He is one of the brilliant actors, who has revelled us with his acting flairs and execution onscreen. From playing small roles to bigger roles, Pankaj Tripathi has slain his roles like a boss! But today, we are up with some unknown facts about Pankaj Tripathi, that you probably didn’t know, earlier!

1. Pankaj Tripathi played a minor role in Run and Omkara, as debut on 2004.

2. He has gotten the National film Award.

3. His 2017 film, Newton, was India’s official entry for Academy Award in the best foreign film category.

4. He has also made a Tamil Cinema, debut, with the film Kaala.

5. Pankaj Tripathi used to play the role of a girl at the village’s natak, during the festive seasons.

6. His father was a farmer and used to work as a priest, at times!

And that’s a wrap!

So, did you know about them before? Let us know in the comments below!

Also Read Kaleen Bhaiya vs Madhav Mishra: Which Is Your Favourite Web Performance by Pankaj Tripathi? 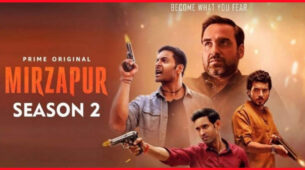