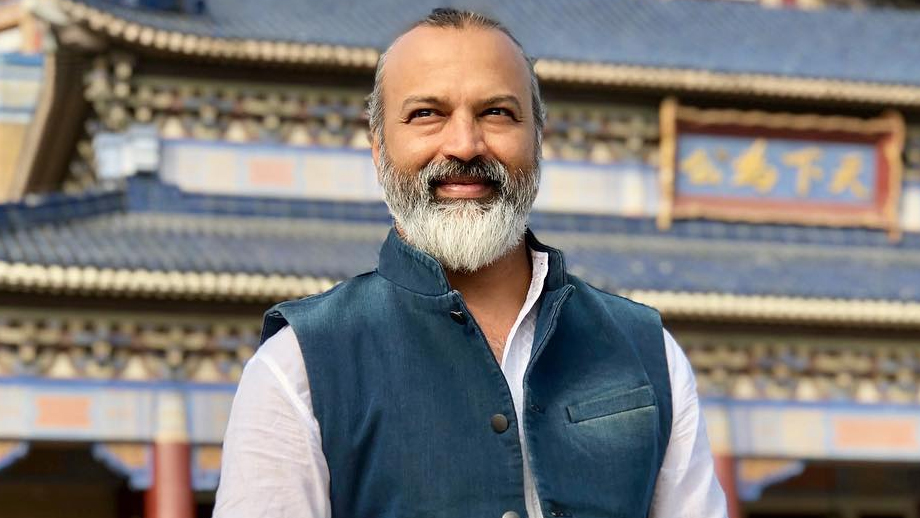 “The sequel has come out much better than before, for not having deadline telecast issues, we could work better on conceiving and  conceptualizing this love story. Producer Ekta Kapoor is also taking more personal interest in the project. My business tycoon Vijaypath Noon’s character graph (Karan Kundra’s on-screen dad) has also changed completely. He has gone from being a happy, lovable guy to a grumpy old man whose family has been torn asunder until Palak ( Yogita Bihani) comes into his family as a saviour.”

Bijay seems to be loving the new digital medium for he has other web projects as well. “The third season of Karenjit Kaur The Untold Story of Sunny Leone is in the works. Then I am also shooting for Netflix’s much-awaited Baahubali: Before the Beginning in Hyderabad.”

“I am really looking forward to Bahuabali, which is huge in canvas and mounting. The producers are fantastic people to associate with.” Talking about season 2 of Karanjeet, which still has not completed its run, he says, “It was a real challenge to play Sunny Leone”s dad here, given that my on-screen wife (Grusha Kapoor) had passed away. I am a natural actor, so need to really cry and not just use glycerine.”

Here, Bijay takes the compliment, of singly-handledly carrying the show on his shoulder, in his stride by saying that it is his job. “I am glad that my efforts are being noticed. Something similar had happened when I played the compassionate and loving Raja Janak in Siya ke Ram as well.”

Looking ahead, Bijay also has 3 films in his kitty. ”Life has come full circle. 17 years ago, I had left films (Pyaar Toh Hona Hi Tha was his last film), being unchallenged with the content (hero and heroine running around trees and flowers coming together to show sex), to now getting juicy roles at my age is very satisfying. Today, directors are very understanding and sensitive, and yes, we also have to accept that the audiences too have matured and accepting of more layered content.”