The digital content creation ecosystem is booming and mushrooming at an encouraging rate. In the OTT circle, ALT Balaji’s flurry of shows comes across as whiff of fresh air.

Today, we will talk about Ram Kapoor and Sakshi Tanwar starrer popular web series Karrle Tu Bhi Mohabbat.  Like most Indians, we too enjoy binge watching on some free content before contemplating on subscribing or not.

The first five free episodes have been shot aesthetically and weave a web of entertainment which catches our attention, whets our appetite for the real drama which will unravel in the coming episodes.

Both Ram and Sakshi have acted well continuing the Bade Acche Lagte legacy. Ram portrays the insecure over aged fading actor Karan Khanna who will do anything to bounce back in life and career. His alcohol problem is very apt down side for many real actors who have experienced similar situations.

Sakshi Tanwar, on the other hand, plays a highly successful yet single de-addiction expert Tripura Sundari Nagrajan aka Dr Nagarjana.  She suffers from OCD hence wants always everything neat and proper (road trip loo problem scene is fun). Her hot cousin Sherry (Tanvi Vyaas) adds the tadka with her pun intended “bigger” joke.  Good to see that adult content has been added when it appears natural and blended with the plot rather than force fed.

Ram’s marital problems are shown with sensitivity. He is separated from his wife Radhika( Shweta  Kawatara and is now attending his daughter Trisha’s (Sanyukta Timsina) wedding. It would have been better had they shown Sakshi also having a past, as we are sure web audiences will be ready to accept that a woman can also fall in love twice.  They land up in Mahabaleshwar for the above wedding.  The scene where over aged men try to solicit Sakshi thinking to be a prostitute, with joint session talk, appears to be forcefully fit to create a stir. It could have been avoided.

The versatile, suave and superbly talented Shweta Kawatara also adds magic. She maintains her own portraying Ram’s divorced wife.  Sanyukta Timsina performs the part of a ‘hurt’ daughter poignantly who gets inebriated to express her feelings of being distraught on being left by her dad.

The subtle deep relationship and bond between Ram and Sakshi is mature and Sakshi’s docile,  restrained yet impactful performance is what legendary stuff is made of.

The shooting format is also different unlike your regular TV production and full credit goes to director Muzammil Desai for the same.

We will surely subscribe to ALT Balaji to watch the other episodes and see how the story unfolds from here on. IndianWikiMedia would give this initiative 3 out of 5 stars. 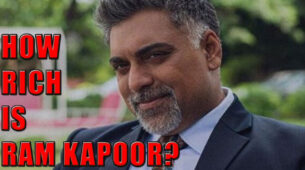