Hadh makes for an interesting watch… Vikram Bhatt is a past master of the dark thriller genre in films and TV.  But his TV story telling geniuses were limited due to standard and   practices. The upcoming digital format gives him full creative freedom (no censors) to give wings to his creative juices.

Most of his interesting and varied theme web series till date have seen well known names to push the plot. While the horror series Gehraiyaan had Sanjeeda Sheikh (minus skin show), Twisted (Nia Sharma) and Maaya (Shama Sikander) was high on oomph.

Hence when Sony Liv announced his next web series Hadh with Bhatt, we were quite excited, wondering what will this ace filmmaker conjure up next? Also the other big departure was that all nine episodes of Hadh are up for binge watching (post subscription) as compared to weekly uploads before.

While the story of a super rich but terminally ill Amit Amritraj who  gives his legal son  Arjun, illegitimate son Karan and employee Veer  equal chance in a game to inherit his fortune seems interesting, the lack of a big name in the scheme of things prove to be downer.

Last but not the least the always angry Karan is a mob enforcer who uses psychological warfare to wriggle out payment even at a possible cost to his life.

Amritraj infuses sanity in the game by mandating that if any one tries to harm the other he will be out pronto. Yet, in a plot twist, one of the three is taken out by a gunman. There’s also unsuccessful murder attempt before which lead to tension between the three.

It seems even Vikram has to follow certain Indian melodrama rule for the other woman in Amritraj’s life who still loves him despite he not marrying her.  Are today woman so sacrificing? The answer is subjective.  Amritraj’s wife’s character should also open up as hers son’s position is in danger. There is also the character of Amritaj’s Man Friday, which might exude hidden layers.

There are enough twists and turn in the first episode itself which would coax you to binge watch the entire series. The biggest challenge facing  Hadh is that unlike most Alt Balaji web originals,  which go pay only after four or five episodes, here you need to pay money right away post the first episode. So will people pay to watch Hadh? Can the script hold their attention throughout? Having said the series is mounted like a high class film and shelling out Rs 49 to watch an engaging product seems nominal.

Go give Hadh a try. IndianWikiMedia would rate it 3 out of 5 stars. 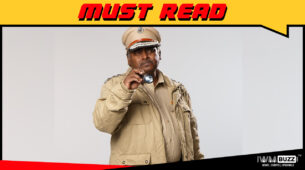 As an actor, the digital medium allows you to breathe: Abhishek Bachchan