The Indian web scene is growing bigger by the day. Several OTT players (ALTBalaji, Hotstar and Voot) have gotten into the fray, hoping to entice a huge, skewed, youth demographic which broadcast TV ignores.

The latest entrant is ZEE5. Interestingly, most above players are online arms of existing broadcasting or production biggies.

The initial desi original palette of ZEE5 seems quite interesting and varied. And to be fair, there is no overt skin show, like some other web properties.

After immersing ourselves in color and loading up on tasty bhang on Holi over the last few days, we decided to check a few ZEE5 originals and were impressed.

Here is our quick low down; drop us a line letting us know if you concur or not. All shows seem to be episodic, with different stories in each.

The first episode of The Story (Victor Tango Entertainment) featured Swara Bhaskar playing herself. She comes to Mumbai to meet her guy Altaf, essayed by Meherzan Maza, and what happens and why is something to look forward to. The sequences are quite hilarious and quirky at the same time. The entry of Altaf’s psycho ex-gal Divya (Sukhmani Sadana) really adds to the drama, much to the ill luck of the poor cab driver (Vishwanath Chatterjee), who Swara and her guy hire. We are not sure if the story is fact or fiction.

The basic theme focuses on generation next, which does not believe in commitment per se, and is ready to move from one partner to the other, without much bother. It is good to see women also being open about what they want. The pace was quite breezy and you sure want to know what happens next.

We then quickly shift gears to the male-bonding genre, through the Luv Ranjan produced Life Sahi Hai.

This Delhi-based series focuses on two single guys (Suhail Nayaar and Tarun Jain) living in a rented premise. The society folks don’t like their drinking and partying ways, hence want them out. They are forced to take a sanskari third roomie, to impress the old fogies. When Vaibhav Raj Gupta says he does not touch booze and fag and women don’t touch him, it brought a smile to our face. One of the building ladies has the hots for the Sardar character Jasjit (Tarun).

The jokes are quite funny and many guys will identify with them. The “small” joke is every man’s fear.

The scene, when Jasjit walks in on Amit (Suhail) making out with his dentist girl, was the icing on the cake. This one has lots of swearing but that is how guys talk amongst themselves.

Third is the sixth episode of Table no 5 (Bombay Fable Production), which deals with a suicide bomber who lands up on a film set which ironically deals with terrorism. They mistake him for the filmy suicide bomber. The dialogues are full of pathos. This eight-minute series just reinforces the notion that our film and TV industry is so out of sync with the real world out there. Pitobash Tripathy, who plays the bearded suicide bomber, brings out the emotions quite well.

Here, we believe that you can’t deal with a problem, which is capable of mass murder, so lightly.

Last, but not the least, is Rahul Gandhi and Shamaun Ahmed produced Dhat Teri Ki. In its first story, which is a satire on demonetization, street hoodlums (Badri Sharma and Manu Sharma) kidnap a rich guy (Vishu Sharma) and his son (Parzan Dastur) for ransom, who turns out to be an over-smart cookie and joins in the plot. You can guess what happens in the end. (*sorry for the spoiler).

Glad the makers did not show that crime pays. The goofy kidnappers wanted to use the dough to go straight, but alas.

All in all, we had fun, with each offering being unique and fun. What seems to be lacking in the original space is a proper, hard-core, linear drama. Even men want drama, I guess. What say, guys?

The biggest challenge ZEE5 will find is making people pay for content. Here they are not even offering a few sample episodes free, to whet the appetite. If people don’t check out stuff, there is no chance for them to get hooked as well.

A recent report had said that only 3% desis are ready to pay for web content, which does not augur well for this space.

Overall, a good start to ZEE5… IndianWikiMedia.com gives the effort 3.5 out of 5 stars. 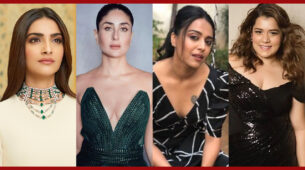