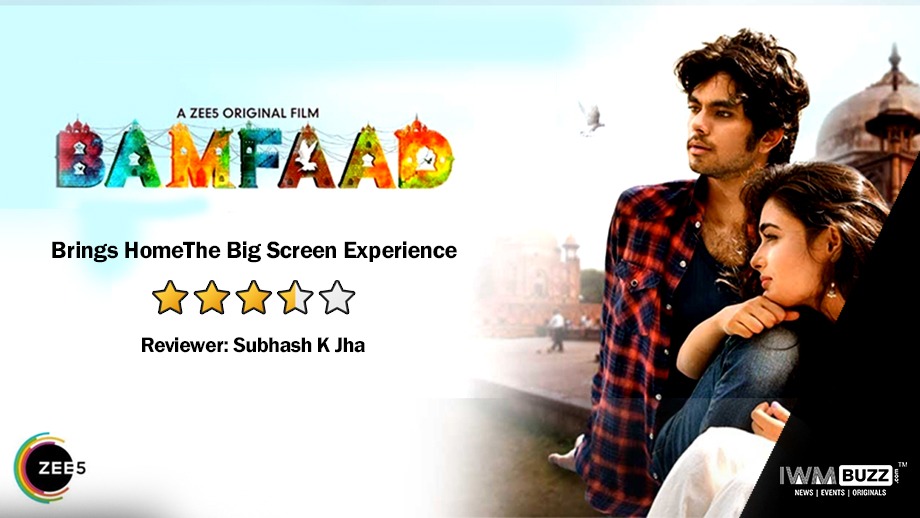 Call it a withdrawal symptom. But I was sure as hell happy to welcome this gripping if somewhat familiar mofussil love story about an Allahabad boy who falls for a girl who happens to be the local don’s keep. Boy and Girl make a run to the nearest safe town.

Obviously Sairat has been streaming in Allahabad.

The comfort of the familiar is not what makes Bamfaad watchable. It is that recycled yet raw energy of the smalltown passion-play that gives this feral romance a cutting edge. When we first meet the young hero Nasir (debutant Aditya Rawal) he is an aimless and brawl-friendly lout, a problem child for his worried parents who, for a change, are no walkover.

In fact, Nasir’s dad (played with marvelous restrain by Vijay Kumar) is a powerful town-member so that when Nasir flips for the don’s girl, the tussle that ensues is not one between the have and the have-not. Nor do we get into a Hindi-Muslim tangle here, though a creepy cop, after a sequence where the fugitive lovers are humiliated in hotel room a la that brilliant Haryanvi film G Kutta Se, does mention ‘Love Jihad’.

There is a more delicately drawn power-play at work in this drama than we generally see in films about star-crossed lovers. This is a story that wants to be told. And it gives its truckload of characters ample breathing space to grow into a substantial drama. I wish director Ranjan Chandel had avoided the songs which don’t only break the metre of the sanguinary tale but also remind us that at the end of the day a film is a film…

The two youngsters do well for themselves. It won’t be right to declare the lanky Aditya Rawal a chip of the old (Paresh Rawal) block yet. But he conveys a certain sincerity in his anguish and anguish in moments of sincerity. Shalini Pandey who got slapped around by Vijay Deverakonda in Arjun Reddy gets roughed up by Vijay Verma who makes the criminal’s character just sympathetic enough to not wish him a horrible death. The best performances in this stealthy saga of love and betrayal come from Verma and Jatin Sarin, the latter as a chameleon-like fencesitter who changes sides according to convenience.

There are lots of smalltown clichés floating around here. Lots of bare feet facing the camera, uncouth types spitting, etc. And yet for a film that seeks inspiration from Sairat and Arjun Reddy, Bamfaad has some surprises in store including an unforeseen ending and a subplot about a lovestruck local Majnu who misreads the writing on the wall. Literally. With calamitous results.