It is sex with good content that sells: Sachin Mohite, Producer and Director of Gandii Baat
Subscribe Now
Digital | Personalities

Producer and Director of Gandii Baat, Sachin Mohite talks about the humongous popularity of the series. 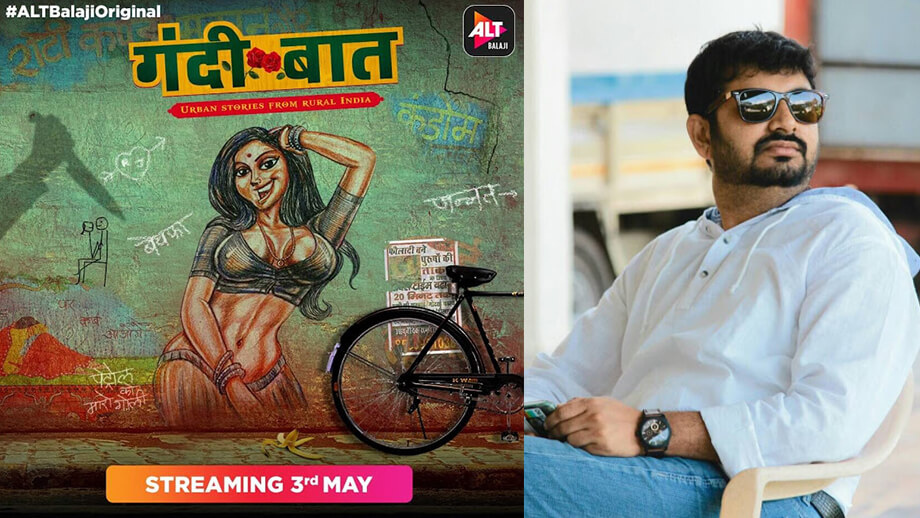 Gandii Baat – Urban Stories from Rural India, the ALTBalaji web-series that talks about the myths and beliefs that prevail in rural India, has been a soaring success!! It has literally created history by amassing as many as 12 million views on the trailer, and equally significant huge views on the episodes that are streaming!!

IWMBuzz.com got into a conversation with Sachin Mohite, Producer and Director, (Jaasvand Entertainment) Gandii Baat to know about his whole shoot experience and feeling on getting successful.

Says Sachin, “The feeling has been really crazy, something that cannot be explained in words. Gandii Baat has seen huge response and has made new inroads in the digital setup with its popularity.”

The Producer at the same time expresses that when the team set out to shoot for Gandii Baat initially, none of them knew what they were getting into. “We knew that there will be few problems with the content, and challenges to meet as we were shooting outdoors. However, I was clear in my mind about two things – one is that my conscience was clear and the other being God was with me. A lot of credit for the success goes to the ALTBalaji team, Baljit Chaddha, Nimisha Pandey and of course, Ekta Kapoor who made this dream come true. Ekta has the knack of trying something different when she sets forward for a new project. When she read the first episode, she immediately told me that these stories had to be told. We felt it is our responsibility to talk about the taboos and beliefs that never get addressed.”

Sachin accepts that casting for the series was a long-drawn process. “It was indeed a tough ask to cast the girls Yamini Singh, Mrinalini Tyagi, Neetha Shetty etc. The only thing I told the girls was to trust me, and I will see to it that it does not hurt their homes and loved ones. I told them that the series will be a differenciator, and so it has turned out to be. I am glad that they blindly trusted me.”

Talking about the research activity carried out for the stories, Sachin avers, “My writers Vishal Vatwani and Renu Vatwani worked hard on the stories. The fact about these stories was that people knew about it, but none was ready to talk about it. You might see porn on your mobile, but will never talk about it as it was Gandii Baat. This is how our title was born. And when our trailer came out, people went berserk with many liking it and few disliking it. But trust me, when the episodes started to stream, I have gotten calls from people who initially disliked the trailer, who came up to me and said that these stories had to be told. In fact, a lot of women have identified with the stories and have sent messages.”

The Producer was all praise for his actors who shot under telling and strenuous outdoor conditions. “Our actors showed huge levels of commitment and this is what I call ‘real’ actors. Also the crew was also hugely co-operative and we did not compromise on quality. We were to shoot in Patiala and the locations were fixed, but when I viewed the locations just 2 days prior to shoot, I decided to change the place of shoot. Overnight, the entire setup was changed to Mathura and we began shooting. The basic idea was to not compromise on quality and as a team we achieved it.”

Amidst a great sector of people who have been admiring Gandii Baat, the series has been criticized by few who have commented that ‘Sex sells’. To this, Sachin exclaims, “To all those people who have said ‘Sex sells’, I only have to say this. It is ‘only sex with good content that sells’. If only sex was the selling factor, lot of people would have been superstars today. Over the internet so much is available to you on the click. Even with that, why do people want to watch Gandii Baat? It is because its content has attracted people.”

Sachin Mohite’s Jaasvand Entertainment has made a commendable first move into the digital space with this outing. Sachin claims that for the Season 2 of Gandii Baat, a lot of feedback and stories have been considered. “We have collated all the feedback sent by people. Based on the feedback, we are designing our next set of stories.”

Sachin’s company has earlier produced Savdhan India for Life OK. And Jaasvand as a brand looks forward to break into the film sector too now. However, Sachin and his team will work on more TV projects too. “TV has taught me to think and think fast. We are working on a lot of things. We will speak at the right time.”

Way to go, and wish you greater success with Gandii Baat.