Frames Productions, one of the big players of non-fiction content on TV has for the first time forayed into the digital space, with the thriller web-series, Truth Or Tamanna?  – Finding the Real Her which presently streams on Viu India.

Helmed by the able creative minds Hemant Ruprell and Ranjeet Thakur, the production house very conveniently gets into an unexplored terriroty of mystery and thrill by keeping the larger premise of the story in the dance and musical zone, a genre they are masters at!!

In an exclusive conversation with IWMBuzz.com, Ranjeet Thakur, Producer, Frames Productions talks about the whole experience of working for a completely new genre and medium!!

Says Ranjeet, “It is very exciting to be in the web space. It feels good to experiment by coming out of the comfort zone, which makes you strive and work a little harder. Overall, after the completion of the series, we felt really happy over the product we made and also the kind of people we associated with.”

Talking about the series, he states, “We wanted a slightly musically-bent series revolving around a dance academy. This is where the girl Tamanna is part of, and the story starts with her going missing. Her boy friend is all set to look for her inside the academy wherein he gets to know of the complexities inside the academy.  It is his search to see whether the girl is still alive, whether he will meet her again etc.”

“I am happy and pleased that the actors are far more willing to try out work on the digital front. So the search to get good actors on board has become easier on the web now. Rather than going with the conventional script, actors nowadays like to experiment with edgy, out of the box concepts. If you challenge their characters, they are far more willing to accept it,” he states.

On the various characters in the series, Ranjeet states, “Every character is different and has a shade of grey. So we have tried to keep it more real, with more black and white. Each character has a particular style or certain kind of behaviour. We have brought in instances from real life characters who we know, or have been aware of.”

Ask him about the production house moving focus on web-shows after being successful in the non-fiction genre on TV and he states, “This move happened because as a production house, we have been doing big-ticket reality shows like Dance Plus, The Kapil Sharma Show, Super Dancer etc. There comes a point where you need to try and experiment and push boundaries by a little. We got in touch with new writers and when Neeraj approached us with the concept that he had, we were excited. Having made dance shows of all kinds, he asked us to come up with a dance show with thrill and mystery. We found the idea to be exciting, and decided to develop it. Viu has been a great partner, and they have been encouraging us to come up with more ideas and complexities in story.”

On future plans on the web space, Ranjeet avers, “We want to do more work on the digital space, because that is where eventually in the next 4-5 years, people of all ages will be. If we can get some early space to figure out what it takes to be a part of this entertaining movement as content creators, we will be grateful and happy. We want to create content which will give us that window of acceptance on the digital platform. We want to foray into new ventures now on the digital space. Let’s see how it goes.”

On the TV space, Frames Productions will continue to carve a niche for themselves, with new seasons of their reality shows coming. “We have Dil Hai Hindustani going on. The auditions of Dance Plus have already begun. Super Dancer 3 will also come in the near future.”

Hemant and Ranjeet have also been part of the fiction space on TV under a different banner, Panorama Entertainment where Suzana Ghai heads operations. “Creatively, we do not interfere when it comes to the Panorama shows, as that is Suzana’s vision completely. When it comes to production, logistics, manpower, we stand for it as far as Panorama is concerned.”

Way to go, and wishing Frames all the very best for future endeavours!! 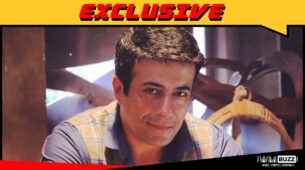 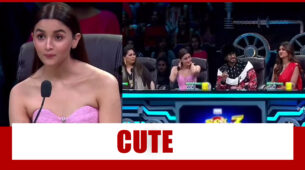 Alia Bhatt’s cute explanation to ‘Gulu Gulu’ made our day Kartik Aryan clarifies on his injury: It is a hairline injury in the hand 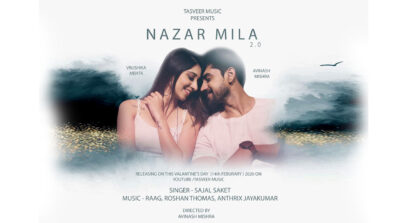