Mirzapur became one of the most popular web series in India as well as one of the most-watched ones. Well, season 1 was so promising with all the action, revenge, life of goons, corruption etc that it caught the attention of the audience instantly. With the end of season 1 by showing the death of Bablu and Sweety, season 2 could be much more thrilling and revenge-driven. The primary villain is going to be our all-time favourite Kaleen Bhaiya portrayed by the talented Pankaj Tripathi.

It is highly unpredictable as to in which direction Mirzapur Season 2 will flow. Probably, season 2 will revolve around Guddu planning revenge against Munna for killing Sweety and Bablu and it is certainly going to be violent. According to critics, Guddu might turn to other gangs of Mirzapur and plan his revenge. Chances of Munna’s survival will be minimal as his enemies will be on a rise. It will be interesting to watch if Beena plans to kill her husband Kaleen Bhaiya to liberate herself or if she supports Guddu to kill her husband. Well, the role of Golu might also get crucial as she was the key witness to Sweety and Bablu’s murder and Pandit might make a strong case to end the mafia rule in Mirzapur. One thing is for sure, season 2 is going to get more violent and will be full of twists and turns.

The only certain thing with season 2 is that expectations are sky-high! 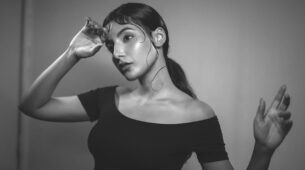