If you haven't yet watch Sacred Games Season 2 because you missed season 1 of the series, here is a glimpse into series's story. 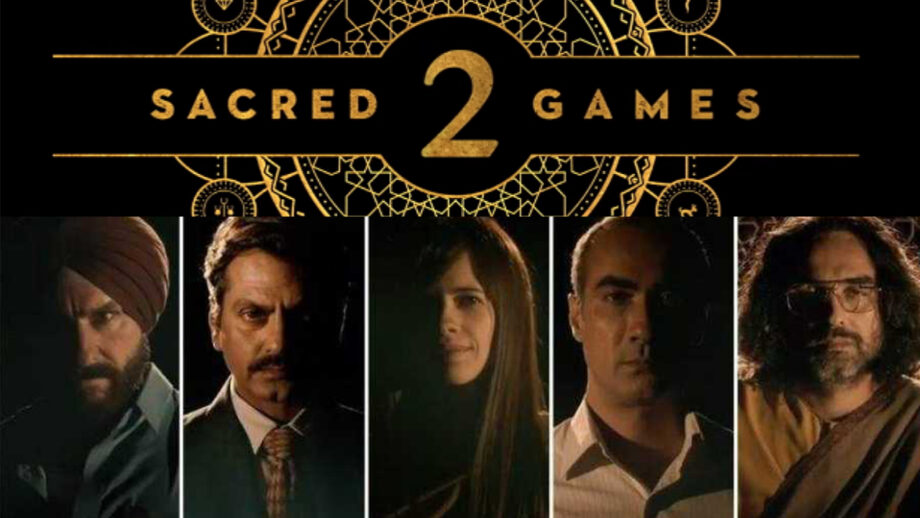 This crime thriller web series cast Saif Ali Khan, Nawazuddin Siddiqui, Pankaj Tripathi, and many other leading actors. The season 1 of Sacred Sacred game has won the appreciation of critics and the fans. It was produced and directed by Vikramaditya Motwani and Anurag Kashyap that bring in the breather for Indian audiences who were struggling through Saas-Bahu dramas on the TV. This show with Indian originals had grabbed the attention of audiences abroad too. Like his onscreen character, Nawazuddin Siddiqui became famous as the drug Lord Ganesh Gaitonde.

Series run in 8 episodes and was one of the most anticipated Netflix series. Here is the quick recap of the hyped drama in its first season.

The first episode, named Ashwathama, showcase Nawazuddin Siddiqui as Ganesh Gaitonde is dead. Here Saif Ali Khan as Sartaj has been introduced as a policeman who is on the lookout of a big case that could help him establish as a good cop. Opportunity knocks his door in the form of Gaitonde who is a criminal and hints him to bring down Mumbai in 25 days on phone call. He told Sartaj about his acquaintance with his father and how he murdered his mother before coming to Mumbai.

The first episode features Surveen Chawla as Jojo Mascarenhas who was killed along with a dog thrown from a building’s balcony.

Also, there is a flashback in which Sartaj recalls an encounter with teenager Junaid whom his superior DCP Parulkar shot dead even though he has surrendered. He was quite disturbed at the fact that the encounter was tagged as Self defence.

And then back to the present Sartaj tries to track Gaitonde phone call and find that he committed suicide by shooting in the head upon being caught.

The second episode, named as Halahala

After Gaitonde’s death, Mumbai is to witness destruction after 25 days. Here is the entry of Bollywood star Zoya Mirza (Elnaaz Norouzi) who seems to share an association with the gangster. Sartaj as the policeman goes against law and order and teams up with Radhika Apte onscreen Anjali Mathur. She is an agent for Research and Analysis Wing. Later they discover that Jojo was involved in fake currency racket run by Pakistani ISI along with pimping known actress to the Gaitonde. Also, this episode brings in a peek into Gaitonde’s past. Initially, he started as a gold smuggler for Salim Kaka and then started its marketing business with Kanta Bai. He was involved in killing his rival and how he joined hands with Parulkar who was a sub-inspector then.

The third episode is called as Atapi and Vtapi

This episode showcase Sartaj and Anjali unleashing Gaitonde’s mystery; how as a team they traced TV actress Nayanika Sehgal who was forced into having sex with Deepak ‘Bunty’ Shinde. Gaitonde was supposed to be involved in this big-scale scam. Kubbra Sait is Gaitonde love interest ‘cuckoo’ who is also introduced in this episode. Gaitonde is seen as gifting her necklace once worn by actress Parveen Babbi. Also, Gaitonde enemy Suleiman Isa is introduced in this episode.

This episode showcases how Gaitonde besides being Brahmin by caste by caste like to consume meat and agrees to porch Muslim votes for politicians, going against his religion.

Also, Bunty figures out Sartaj ploy by spotting hidden camera in Nayanika’s bag. The episode also shows Kukkoo being killed when Gaitonde expressed his love to her.

In this episode, Nayanika convinces Kanta Bai to inform Sartaj where she was being held as a captive. Sartaj approaches Parulkar to take him back in the force, which he does after making him lying about Bengali Bura case.

In another shoot, Sartaj and Majid find Bunty’s spot and just then Mumbai Police fires at the Gangsters in which Nayanika was killed and Bunty ran away. In the latter shot, he was killed by getting crushed under a truck.

In another sequence, Gaitonde was shown marrying Subhadhra when Isa’s man enter and kill Gaitonde man Paritosh Bhai and his wife.

According to the episode, only 17 days are left to save Mumbai and Sartaj find himself lying on the day of hearing of Bengali Bura case just to save his job. Also, Zoya boyfriend is blackmailing her to work in a film.

Meanwhile in the investigation of a robbery case, criminal slashed Patekar’s neck who was killed by Sartaj. Sartaj found a series of events that had an association with Junaid fake encounter. Anjali was also able to find a witness to Bunty’s murder but the person died mysteriously in the hospital after being poisoned.

In this episode, Anjali is shot dead in the head by Malcolm who is the person she suspects to be the murderer of the witness in the hospital. Zoya leads Sartaj to Trivedi.

Also, Gaitonde wife Subhadra being killed by Isa’s men compelled him for vengeance. It was the time of communal tension created by Babri Masjid incident and it was then that he meets Dilbag Singh, father of Sartaj Singh, the policeman who fed him home-cooked food.

This episode shows Malcolm capturing Sartaj when Sartaj attacked his den and he chopped off his thumb. Cops discover Malcolm’s involvement in Anjali’s murder and the episode ends with Trivedi being found in the underground hideout of Gaitonde.

Now with the release of Sacred Games Season 2, new faces have been added in the series Kalki Koechlin and Ranbir Shorey.