Check out outfits from the '70s 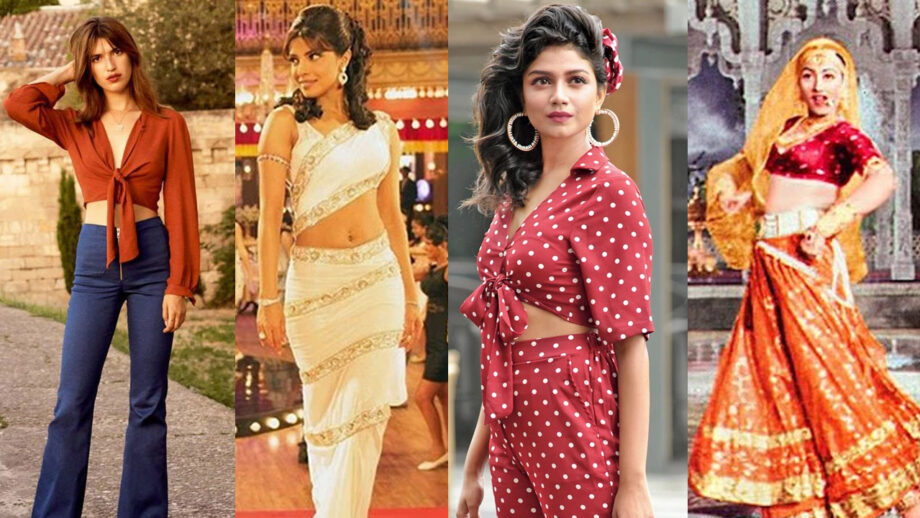 Taking a look back at the greatest fashion moments ever of 1970s. The 1970s are called the “Me Decade” as a way of contrasting the from the 1960s.

Fashion in the late 70s was about individuality. In the beginning of the 70s, Vogue revealed “There are no rules in the fashion game” now due to overproduction flooding the market with cheap synthetic clothing.

The newly emerging trends of fashion in the 70s were knitted sweaters, T-shirts & denim jeans, which were remarkably the birth of indifferent, anti-conformist casual-chic approach in the sense of fashion.

The reason for the decade of 70s to be the most stylish decade of all time is that many outfits were transformed in which wrap dresses were included that has saree as its main transformation. From flares to bell sleeves, shearling coats and mini skirts, the 70s birthed on an eclectic mix of the style influences that evolved quickly in a 10-year span. Skirts got shorter, boots got taller, and range of style icon helped spearhead some of the era’s most memorable fashion moments.

The outfits of the 70s are easy to resurrect as they are available today easily as they are worn back on the era of flamboyance.

Tips for what to wear to 70s theme based parties:- When deciding what to wear to a 70s party you can choose from one of two aforementioned fashion themes -hippie or disco. In the late 70s disco’s took over, where the geometric prints were replaced with wide ties, leisure suits.

In the 1970s, fashion was mostly influenced by musical quires, but people also took cues from other sources of entertainment as well. Generally, the most famous silhouette of the mid and late 70s for both genders was that of tight on tops & loose from bottom.

Some popular styles of the 1970s included bell-bottom pants, frayed jeans, midi skirts, maxi dresses, tie-dye, peasant blouses, wrap dresses, jumpsuits, and ponchos. Saree was an important form of wrap dresses, it was seen more commonly in Indian Subcontinent and had a great impact in the United States during the 70s. The emergence of saree was an important clothing trend for the Indian Film Industry, as they were in various forms. The decade of the 70s took the world of fashion in a different way and gave modern fashion era.