Action is a genre I’ve been wanting to do for the longest time: Aditya Roy Kapur | IWMBuzz
Subscribe Now
Movies | Celebrities In a rather candid and interesting chat, Bollywood star Aditya Roy Kapur talks about life and career post-Malang success.

Malang seems to have given you a completely new image, a fresh career phase.do you agree?

I think the most exciting thing for me when it came to Malang was I knew it was unchartered territory for me. Action is a genre I’ve been wanting to do for the longest time and with Malang, I knew I had a chance to give the audience a new version of myself which they hadn’t seen before. With the film doing well It seems like they’ve accepted me in this new avatar, which is heartening.

How has Malang changed your life? Do you feel the difference between before and after its release?

With the film having done well, of course, certain new opportunities present themselves. but I think on account of the role being so different from what I’ve done before, people are thinking of me in ways they weren’t before they saw me in Malang, which is exciting.

You seem to share a special rapport with director Mohit Suri. What makes your collaboration with him so successful?

It’s tough to put a finger on why it works and I don’t really want to try and analyze it. I really enjoy collaborating with him. He’s such a passionate director that is so consumed by his film when he’s making it, I too find that the film that I’m shooting becomes my life for that period of time and I guess we connect on that level.

Mohit Suri and you have collaborated on two successful films and now there’s a third?

He definitely brings out parts of myself that maybe other directors haven’t. He is the one that had faith in me doing a full-on romantic lead before I had ever done it before and with Malang too he saw in me the potential to do action even though he had nothing to go on.

Do you look forward to working with John Abraham for the first time in Ek Villain 2? Why do we see so few films with two or more heroes?

Well, I will talk about Ek Villain 2 when the time is right. As far as two hero films are concerned, I think more of them are being made now then they were before. There were honestly not that many two-hero films being written but I think that’s changing.

You are launching your own clothing brand, please tell me about it?

Haha that’s news to me, well maybe you’ve planted the seed by asking me this question. .. you never know maybe I will now! I am used to trolling: Disha Patani, on the memes of her kiss with Aditya Roy Kapur 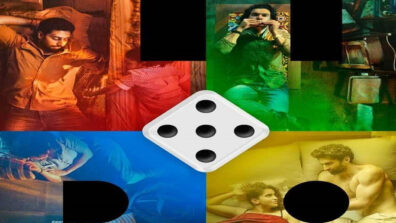