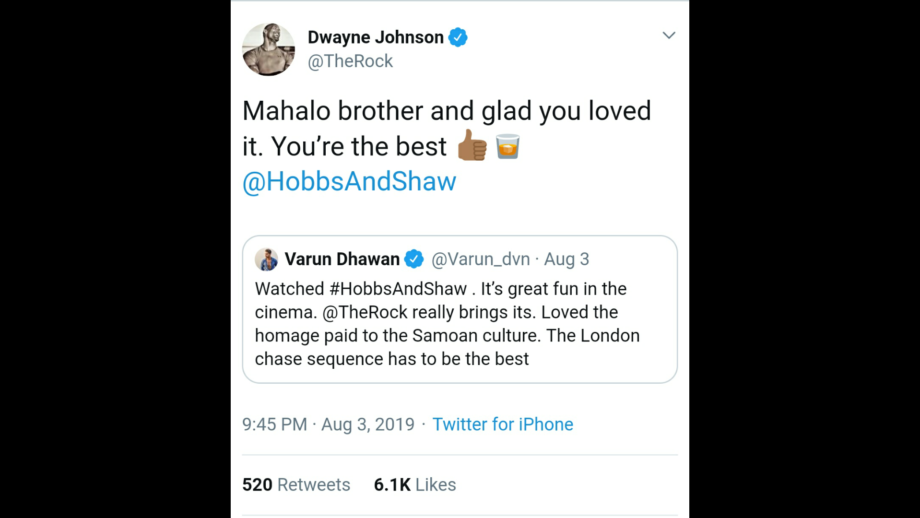 Varun Dhawan has always maintained the fact throughout the time he has been in front of the public eye that he has been a huge admirer of Dwayne Johnson.

The actor has quite often gone on record to say and express his admiration towards the one and only ‘Rock’. He had once made a temporary tattoo of The Rock and that’s what hit The Rock’s attention.

And after some years, Varun tweeted a complimentary post in favour of Dwayne Johnson’s latest film Hobbs and Shaw and the reply from Dwayne has caught everyone’s attention. Dwayne replied –
So what do you have to say about the camaraderie of the two? Should Varun consider remaking a movie of The Rock in Hindi? Share your views below.

Mahalo brother and glad you loved it. You’re the best ???@HobbsAndShaw https://t.co/im4NbXMOAq 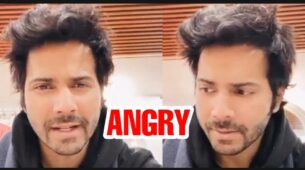