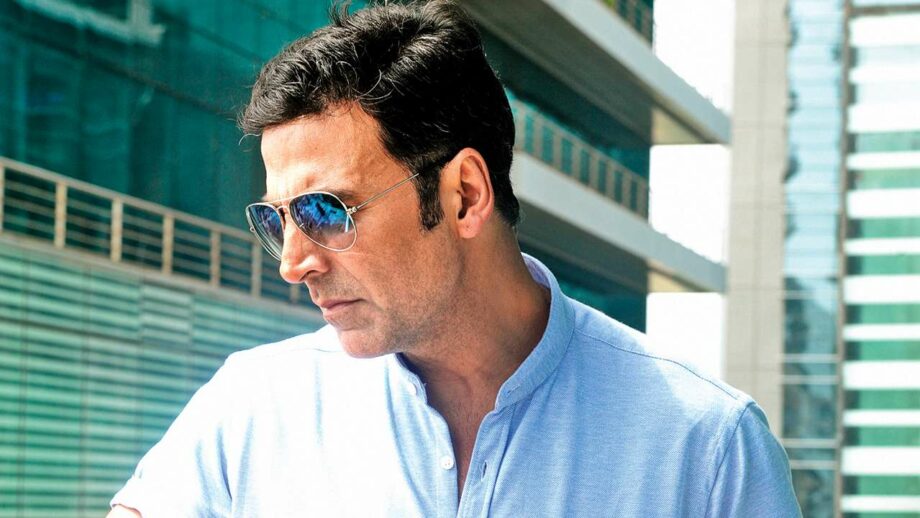 Akshay Kumar, aka Khiladi Kumar, is known to be the most energetic actor in the Hindi film industry, even at the age of 50+. Age seems to be just a number for him as the actor still looks fit and good enough to do action movies like just another teenager. Add to that, his alacritous style of working, which separates him from the rest as he is still the only actor to have 3-4 releases in a year on an average. And now, Akshay is gearing up for the release of his next with Jagan Shetti, titled ‘Mission Mangal’, which is about ISRO’S successful mission revolving around planet Mars. In a candid conversation with IWMBuzz, Akshay Kumar gets candid about the movie, his journey till now, friendships in Bollywood, his future projects and a lot more….

Well, I have gone through stages of ups and downs 3 times in my career already. So I wouldn’t really be surprised if I go through it again. Everyone goes through ups and downs in their lives and there’s nothing to feel surprised about it. The only formula is to wake up, work hard, go with a fresh mind and keep working.

So how did Mission Mangal happen? Because the director had come with the other film, ‘Ikka’. So how this?

Yeah, that’s true. He did come for ‘Ikka’ and he casually narrated the whole thing to me. He just told me a line or two from this one and I asked him to write this one nicely. So he wrote this and came back to me after 20 days and then he and R. Balki sir got together and made this one possible. So that’s how it happened.

Our industry is known to be very patriarchal that way. But superstars like you are coming forward to change that. There’s a beautiful scene in the trailer where you are letting the ladies lead the way. What do you have to say about this approach of yours?

I strongly feel it is our mistake. If you look at our textbooks until now, most of them are male-oriented. Apart from Rani Lakshmi Bai, I can’t recollect any, so it is our mistake for ages. Now the onus is on us to change things and make things better. Things have to change. More and more films should see women taking the lead.

Personally, when did you think you wanted this change?

I toh wanted it long back; but then at that time, I didn’t have the money to produce a film. After being a producer, I went ahead with those films.

How responsible are you as an actor when it comes to script selection?

I would also like to say that I also do movies like ‘Housefull’. I play only characters. I enjoy doing all kinds of movies. Yes, surely I am responsible, but also, I like to have fun. I have fun in a ‘Bachchan Pandey’, ‘Sooryavanshi’, ‘Housefull’, ‘Rowdy Rathore’ and also, I enjoy movies like ‘Baby’ and ‘Airlift’. I don’t want to have just one fixed image. Let’s get off that zone man.

Do you think an actor should be given the liberty to play various kinds of roles? Because a Shahid Kapoor in ‘Kabir Singh’ gets bashed for playing his character. What do you have to say on that, Akshay?

It is just a character. He just played a character. I don’t understand such reactions against the actor. I have played negative characters as well. It doesn’t mean I am irresponsible. Gulshan Grover plays negative roles. So does that mean he is a bad man in reality? (Chuckles). It is just a movie. Have you been to ISRO?

No, not yet, but I would love to be there, man.

Akshay, what about your friends? Are your friends from the industry or are they from outside, because we often hear that friendships here are fake?

No, there’s nothing like that. It’s not that all friendships here are fake. But yeah, all my friends are from outside the industry. Primarily from school. They sometimes come on the sets and we chill, have fun and all that.

Most stars are very conscious about their image, but you, on the other hand, you are coming up with a transgender character in Lakshmi Bomb and in Mission Mangal, you are letting the ladies lead the way. So as an actor, have you ever been advised not to do these things?

Yeah, I was advised so many times. I was advised not to do ‘Toilet: Ek Prem Katha’ and also ‘Padman’. It doesn’t matter what the size of the movie is or who the actress is. There are movies I have done without any heroine too. If it’s a good film, I want to do it, even if it’s a small role. It is as simple as that.

Was releasing the film on 15th August 2019 a planned decision?

Absolutely not. I don’t know if you will believe it or not but it is 200% a coincidence. Another coincidence is that on 15th August 2019, ISRO will complete 50 years, which is fantastic. So the film releasing on that day makes it more special.

Lastly Akshay, the clash between ‘Inshallah’ and ‘Sooryavanshi’ has been averted. Do you think it’s good?

Yes, of course, it’s good. Both films can have their own business and that’s good for both films. But having said that, we can’t do anything as clashes will be inevitable. There are just 50+ Fridays in a year and there are about 200 films that come in a year. So what can we do? We can’t help it. But yeah, if it can be avoided, surely there’s nothing better than that.