IWMBuzz asks you who rocked the South Indian bridal look the most between Nayanthara and Anushka Shetty. Check the photos for more details 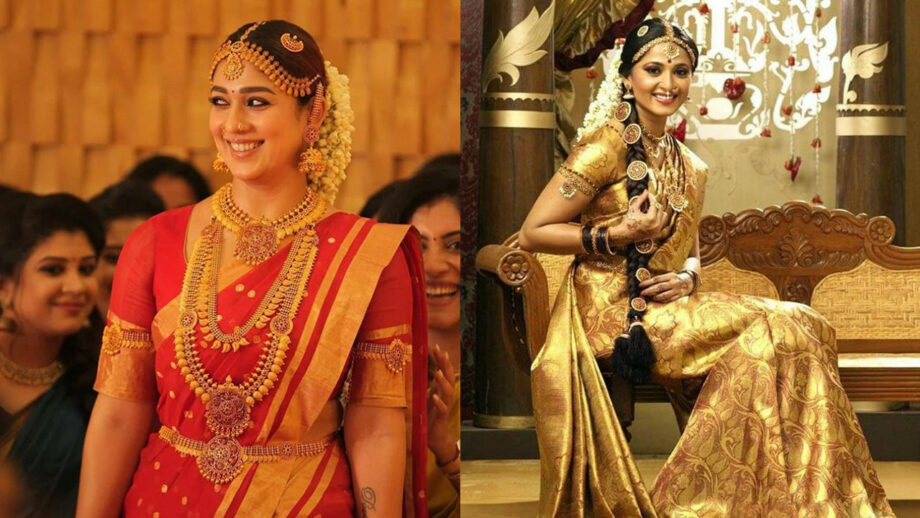 Nayanthara, as we all know, is one of the South Film Industry’s leading actresses. She’s worked in several Tamil and Telugu movies while also appearing in several Malayalam films and has made her presence felt even in a Kannada film. Nayanthara made her acting debut in the 2003 Malayalam film Manassinakkare and she’s one of the most popular faces of not just down South but overall India.

Anushka Shetty too has been rocking in her acting career down South for the longest time before her National ‘claim to fame’ role happened in the form of Devasana in Prabhas’ Baahubali. She literally looked like the perfect ’embodiment’ of divine beauty that could make any heart skip multiple beats at the same time. Both these actresses are gorgeous enough to cast their spell and magic of beauty on any man and especially when they wear the South Indian bridal look. But who does it better? That’s the bigger question.

Check out these photos below to take a call –