Subhash K Jha in his Rewind Feature, talks about the real reason for animosity between Karisma Kapoor and Raveena Heroines in the past never got along with each other. To no one’s surprise, Karisma Kapoor and Raveena Tandon went through the shooting of the cult comedy Andaz Apna Apna without exchanging a word while shooting.

I have asked Raveena, who is a dear friend about the feud and she said, “I’ve no idea what her problem was. If there was a problem, we never sat down like two mature people to discuss it. We just let it spin out of control.”

Apparently Salman Khan and Aamir Khan thoroughly enjoyed the cold vibes between the two girls during Andaz Apna Apna. To them, it was a source of more fun while shooting a fun film. I guess they were immature at that time. Or just not equipped to deactivate the ticking time bomb.

Be as it may, the animosity from Karisma Kapoor’s side was evident,as her sister Kareena who was then very close to me, would often hint at how much she disliked my association with Raveena.

But what was the problem between Raveena and Karisma? Some said it was their mutual attraction to Ajay Devgn which made them sworn enemies.

Matters came to a head when Raveena apparently “insulted” Karisma’s mother (yesteryears’ actress Babita) at the Mumbai airport when both Karisma and Raveena were to fly off to Mauritius to shoot for Sanjay Gupta’s Aatish.

The story goes like this. At the airport, Kareena and Raveena had a confrontational argument, and Babita intervened on her daughter’s behalf. Raveena apparently “pushed” Babita warning her not to butt in.

Raveena completely denies the authenticity of the above incident. “You know me. Am I the kind who would push someone.”

No, Raveena. But you are no pushover either. When pushed you would retaliate. And Ms Kapoor got to know that a little too late. Ohh La La: Times When Jethalal Got Sexy and Cheeky With Babita 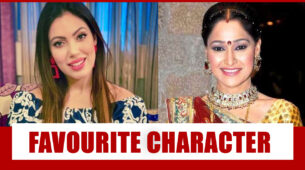