Chandrayaan 2 gets support from Bollywood celebrities 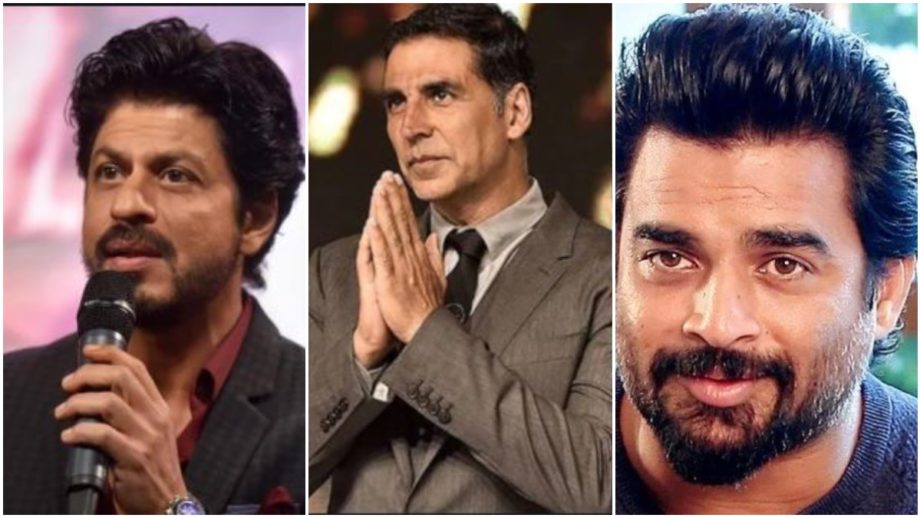 A few days ago, when ’Mission Mangal’ came out on the occasion of Independence Day, and we all celebrated the joy of India completing its first-ever mission to Mars on the first attempt itself, we all celebrated with joy to rejoice the remarkable achievement of ISRO. However, sadly, the reality isn’t always how it looks like. India had launched its Chandrayaan 2, which was supposed to land on the lunar surface. However, things looked doomed when ISRO lost all communication with its ‘Vikram Lander’ at 1.51am last night, when it was just 2.1 km away from the lunar surface. The entire country prayed alongside the Prime Minister, who was present at the ISRO headquarters today. However, nothing is permanent, neither success nor failure. It is in alignment with this thought that several Bollywood celebrities shared their support and tried their best to boost the morale of ISRO after the unfortunate failure. Check out the posts below –

There’s no science without experiment…sometimes we succeed, sometimes we learn. Salute to the brilliant minds of @isro, we are proud and confident #Chandrayaan2 will make way for #Chandrayaan3 soon. We will rise again.

Sometimes we don’t land or arrive at the destination we want to. The important thing is we took off and had the Hope and Belief we can. Our current situation is never and not our final destination. That always comes in time and belief! Proud of #ISRO

Touched to see @narendramodi ji comforting & encouraging everyone at @isro. As an Indian we are all super proud of our scientists, engineers and technicians involved in the #Chandrayaan2 project.
Jai Hind ?? ?

Proud of everyone involved in the #Chandrayaan2 mission. Thank you @isro, you have inspired many with your commendable efforts! Jai Hind ??

The country stands together, proud and hopeful! Thank you @isro. #Chandrayaan2 ??

Lump in the throat, tear in the eye not coz of anything else but witnessing how beautifully you got the entire nation together in hope and spirit… it’s ok to take a few steps back when u know you are about to make your longest jump. You are our hero @isro ❤️

A mission that began with meticulous vision, forethought and achieved phenomenal heights- #Chandrayaan2 is not an unsuccess but an opportunity to start over again- stronger. Absolutely exceptional work @isro – so much pride and respect ???

Obstacles are a part of every journey that aims to achieve something phenomenal!
I join the entire nation in applauding the great work done by the scientists of #ISRO in taking us a step closer to the moon.
You‘ve won our hearts!
Kudos to your efforts??#ProudOfISRO #Chandrayaan2

More than 90% of the experiment is on the ORBITER which, gods grace , is safely in the Lunar orbit. That is still fully functional and therefore The mission still very successful. #ISRO https://t.co/MoVrRUv2fL

Well, we are truly proud of our scientists and we sincerely hope that ISRO and our very efficient scientists become successful in their next attempt. For more such updates, stay tuned to IWMBuz.com