Here are some top fan moments of Brad Pitt When you are famous, you experience loads of craziest fans trying to approach you and have a glimpse. But when it is Brad Pitt well, who would miss the chance? He is a dreamy prince charming we all wish to have in our lives. He has millions of fans that are utterly cuckoo for him.

Brad Pitt gained immense recognition for his excellent acting skills and charming face for Thelma & Louise. His major transformation and fantastic acting that got people going crazy was in Fight Club and Once Upon A Time In Hollywood. He has also made some of the most iconic films, like Troy, Mr. & Mrs. Smith, Ocean’s Twelve, and Ocean’s Thirteen and many more.

Brad Pitt has millions of fans and admirers, and he has had crazy encounters with them. Some of them have been celebrities themselves who couldn’t control their excitement. Here are a few videos and snaps one must-see.
Tell us which is your favorite Brad Pitt film. He has had a number of greatest hits, but a few have managed to hit differently. Tell us in the comments below. 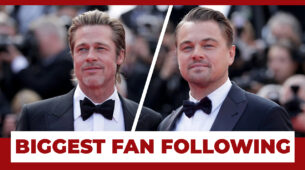 Brad Pitt VS Leonardo DiCaprio: Who Has The Biggest Fan Following? 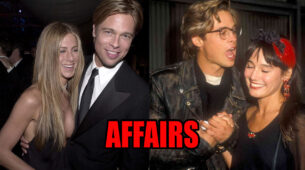