Check out these adorable childhood pictures of Jungkook from BTS! Jeon Jung-kook, who is popularly known as Jungkook has stolen the hearts of many with his incredible voice, dance moves, and looks. The famous singer and songwriter from the popular South Korean boy band, named, BTS has nailed it every time with his talent and style. He has been a part of the Korean boy band since its formation. Jungkook from BTS has got a huge fan following from all over the globe. He looks absolutely stunning and cute all the time. His supporters are so much obsessed with his looks. Jungkook is loved by all his fans all over the world.

It was September 1, 1997, when Jungkook was born in Busan, South Korea. Just like many, he also had memorable childhood days. The K-Pop singer has also got some of his nostalgic memories captured in a frame. Jungkook was adorable in his childhood days, and in fact, he still is. One can never deny the sweetness he holds, ever since his childhood. The internet is flooded with pictures of his young days when he was a child. One can’t resist from saying “AWW” to the adorable Jungkook’s childhood pictures. If you are looking for some cute pictures of him, from his days as a kid, then you are in the right place. Here we have got some of the adorable childhood pictures of Jungkook that are simply unmissable! Have a look at them!

Also Read: Did you know this about Jungkook? 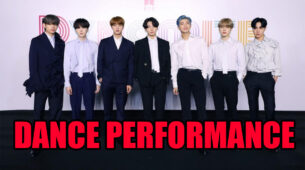