If you are a keen follower of the K-Pop genre, there’s absolutely no way you can dislike GOT7 boyband and its leader JB. Just like how Jeon Jung-kook has taken the BTS boyband forward under his able leadership, JB has done the same for his GOT7 boyband. However, unlike Jungkook, JB has had some serious struggles in terms of trolling simply because he is fond of body modifications like tattoos and piercings.

For the longest time, JB chose to stay quiet and handle the sadness and trolling all by himself but finally on one occasion, in a press conference, when JB was asked to openly speak about it, he was quoted by teenvogue.com as saying,

“I wanted to show people that [piercings] aren’t a bad thing or good thing, but it’s a new cultural thing. I wanted it, so I got it. It’s my body and my life. So I just did it.”

So readers, do you all agree with what JB has to say on his body modifications? Let us know your views in the comments below and for more updates, stay tuned to IWMBuzz.com

Also Read: What’s Common Between EXO And GOT7? 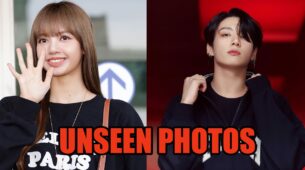