Check out the sexy and unseen picture of Justin Bieber!

Justin Bieber, the Canadian pop singer has turned out to be a global pop music sensation. He is presently one of the best music selling artists in the global music industry. He has emerged rapidly from a very young age, after his debut. His songs mostly belong to the musical genres like hip hop, pop, and R & B. Apart from gaining so much success, Justin Bieber has faced a lot of ups and downs in his life and has been stuck in several controversies. But he has always come back stronger for his fans with some big hits. He has made all his music albums a big hit to date and has never disappointed his fans. His songs are enough to lift up anyone’s mood.

His fans are just crazy about him, all over the internet. Justin Bieber has also turned out to be a huge social media sensation as well. He has made many of his pictures go viral just like he always makes his songs go viral over the internet. But there are certain viral sexy photos of him that you might have missed. Thus, we have got some of them here for you. Have a look at them!

Also read: Justin Bieber VS Selena Gomez: Who has the most fanbase? 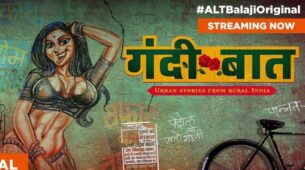