BTS is, undoubtedly, the greatest K-pop band on the planet. Be that as it may, it might not always be the only best! That title may well even go with Seventeen, the undeniably mainstream, and one of the prominent South Korean bands that made a hit with its exhibition at the SAP Centre in San Jose on Tuesday, Jan. 21.

Seventeen is extremely versatile and highlights more grounded vocal work, than what you get from others.

Though every band, obviously, is unique. Furthermore, the main reason to bring up this comparison and their work, to make everyone aware of the fact that their more bands than just BTS, to cherish, given that it is evident that the main K-pop band that the overall population is truly acquainted within the U.S. — is BTS.

However, that could change. Seventeen could well be the following K-pop band to a better future in the long run. And it’s already happening! Also, there’s nothing better than to observe such big changes in history.

Be that as it may, this isn’t to corrupt or degrade BTS, the band is without a doubt the best. But we could consider the Seventeen on the same light too. Here are some of their best ever songs, we have ever listened to. 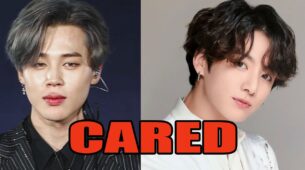