Have a look at our Indian Skipper’s power-packed workout… Virat Kohli is the current captain of Indian Cricket Team in all formats. He is called as Run-Machine by his fans as he has managed to score numerous centuries in a short span. Virat Kohli already has 10,000 ODI runs from just 205 innings, the fastest ever to that milestone. Virat Kohli is an aggressive player and is set to break many records.

The captain in his initial years of cricket was seen as a chubby Punjabi Munda. But he began his fitness journey and there was no looking back. In numerous interviews, he has clearly stated that during cricket practise sessions and tour he works out for one and a half hour and when he isn’t active with the game he hits the gym for around 3 to 4 hours. He also keeps a check on what he eats because it is an important factor in the fitness journey. The butter chicken and chole-bhature lover has turned vegan recently. He is quite active on Instagram and posts a few workout pictures and videos. He is seen doing heavyweight training along with cross-fit and cardio workout.

Virat Kohli’s transformation is an inspiration to many people out there who want to get fit and well we think dedication and hard work is the key!! 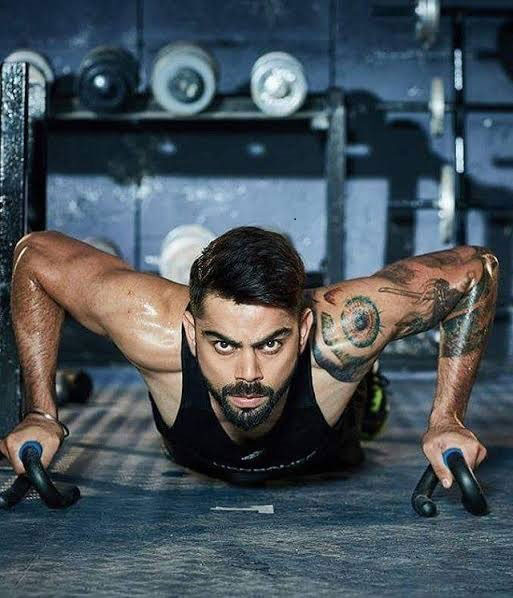