I got a bat from Sachin Tendulkar when I was 8 years old, that’s when I knew I had to make it: Prithvi Shaw | IWMBuzz
Subscribe Now
Sports | Snippets

Prithvi Shaw Talks About His Journey to Cricketing Success From an extremely humble background, Prithvi Shaw’s rise to cricketing stardom is a result of years of hard work and dedication. In the latest episode of Cricbuzz show Spicy Pitch, the gifted hitter talks about a lifetime of sacrifice that made it possible. Not just his, but also his father’s.

Shaw recalls, “We would travel from Virar for my practice every day — waking up at almost 4:30-5 every morning and coming home by 12-1 am. Even on Sundays, if there were no matches, I would go to the ground and work on my fitness. My father gave up everything for my game — including his business and career.”

But Shaw’s father’s extreme sacrifices came at a cost. He became too emotionally involved with Shaw’s batting, which started affecting the young boy’s performance.

Shaw’s father recalls, “I remember Sachin Tendulkar took a special interest in my son’s batting. But he realized that my involvement had started affecting my son’s performance. He came up to me one day and told me I should watch the game from further away— my presence was affecting my son’s mindset, which in turn was impacting his performance. From that day, I have always watched his matches from a distance.”

But Tendulkar had an even more significant role in his life. Shaw says, “He saw me playing for the first time when I was just 8 years old. I was already in the middle of the game, so he waited for me to finish — just watching quietly. When I finally met him, he told me I would go very far if I kept batting like this and then gave me a wonderful bat. I couldn’t even say anything — I just thanked him and nodded.”

“When I held that bat, I knew I had to make something of myself. I still remember how incredible that bat was — it was so much better than any bat I’d used before. That became a defining moment for me — it inspired me to become the cricketer that I am today.”

Also Read: Rishabh Pant VS K L Rahul VS Sanju Samson: Who Will Be The Better Wicketkeeper Batsman? 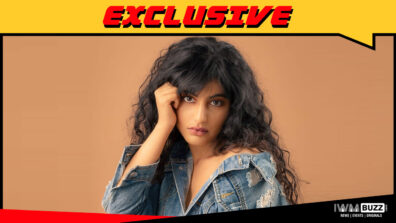