When talking about cricket, every cricketer is given a chance to pick their own numbers. If they do not mind random allocation, they are allotted one. Generally speaking, the jersey number is more related to personal choice. Here are a few stories about the jersey numbers of a few cricketers:

Virat Kohli-18: Kohli has been wearing jersey number 18 since his U-19 world cup. His father, unfortunately, passed away when he was only 18-years-old on 18th December 2006. And so Kohli carries the number 18 on his back.

MS Dhoni-7: Jersey number 7 has become synonymous with MS Dhoni in India. And the story behind his selection of the number is that Dhoni was born on July 7. Apart from that, he is also a supporter of Manchester United and some of the greatest players of the club like George Best, David Beckham and Cristiano Ronaldo wore number 7.

Sachin Tendulkar-10: Sachin Tendulkar’s jersey number has been kept reserved by BCCI and no player will be assigned with number 10. Sachin started his career with jersey number 99 but changed it soon to 10. Tendulkar faced several issues in his early career, which could have further disrupted his latter games. It was in these times when an astrologer suggested him an alternate number. It was 10 and his game went through an enormous revolution as he started to wear the number. Also, the number matches with his surname, which starts with ‘Ten’.

Yuvraj Singh-12: He was born on 12th December at 12 PM and in sector 12 of Chandigarh. So Yuvraj Singh donned number 12 on his back.

These are just a few examples. Each Jersey number has a special story or a reason. 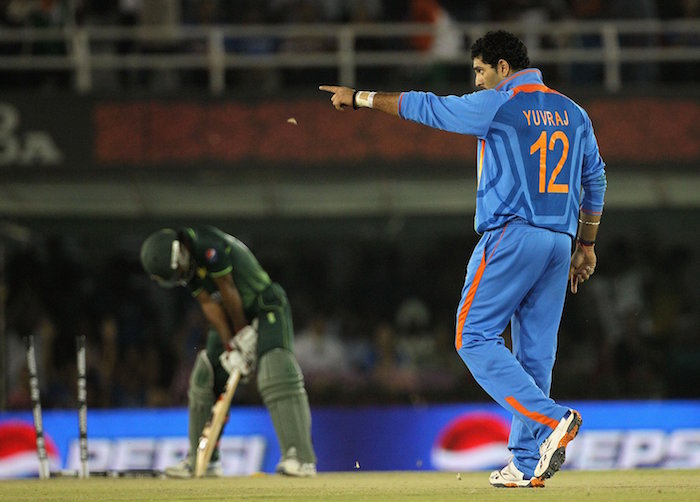