Virat Kohli is doing a phenomenal job as the captain of the Indian Cricket Team. The Indian team has reached new heights under him. With a healthy win percentage of 64 under his captaincy, the Indian team stands among the top three positions at any point in time. Virat Kohli took lessons of captaincy from our captain cool MS Dhoni as always consulted in times of difficulty. Virat being an aggressive player has shown his aggression on his teammates when they failed to perform well. There was also a moment when Kohli lost his cool on MS Dhoni.

During 2017 ICC Champions Trophy, India was playing against Bangladesh. During the 40th over of the match, Mahmudullah swept Ashwin in the long leg region towards Yuvraj Singh. Yuvi collected the ball and threw it towards Dhoni when the batsman charged for a second run. Dhoni sensed an opportunity for a run-out and took off one of his gloves in order to quickly effect a run-out. Unfortunately, the ball hit the glove which was lying on the ground and as a result, Bangladesh got 5 penalty runs. According to the law if the ball hits any part of the player’s equipment which is separated from the player, then it leads to a penalty of 5 runs. Kohli lost his cool due to this mistake from Dhoni’s end.

For more such updates stay tuned to this space. 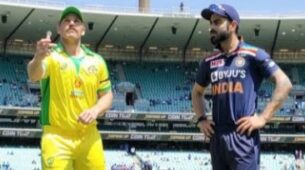