Check out who between Virat Kohli and Rohit Sharma has more girls as their fans! 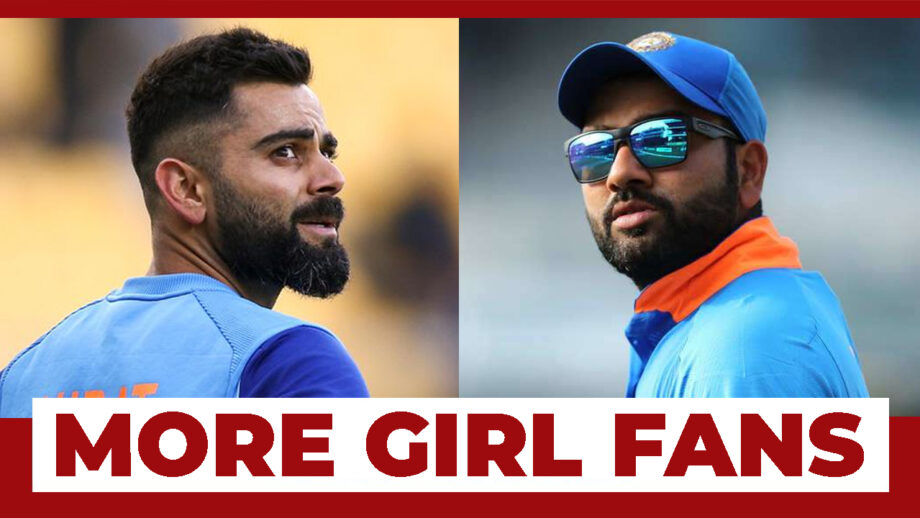 The Indian cricket and the current captain of the team, Virat Kohli, is considered to be one of the best batsmen in the world. He has led the team well in several tournaments globally. Virat is an amazing right-handed top-order batsman. He has also become one of the highest influential athletes in the world as well. Virat has received a lot of love and support from his fans. He has got over 73.9 million fans on Instagram, and 37.2 million followers on Twitter. He is adored by many girls for his charming looks and talent.

On the other hand, Rohit Sharma has been no less. Rohit Sharma has made everyone amazed by his sheer power on the field. The vice-captain of the team is one of the top batsmen of the squad. He has also done a brilliant job in the Indian Premier League (IPL) as the captain of Mumbai Indians (MI) and made them win four times. Rohit Sharma has also got a huge fan base all across the world. He has over 14.9 million followers on Instagram and 17 million followers on Twitter. He has also got a huge number of girls as his fans too.

Who between Virat Kohli and Rohit Sharma has got more girls as their fans? Comment down your views!