Check out the best match-winner for India! Is it Yuvraj Singh or MS Dhoni? The Indian cricket has produced several legendary cricketers. There have been many great batsmen, bowlers, fielders, captains, and even wicketkeepers. Some have even created some unimaginable records that have blown the minds of not only fans but also of the critics. When talking about some great cricketers, Yuvraj Singh and MS Dhoni are the two names that always pop up. The two Indian cricketers have played a huge role in the victory and strengthening of the Indian cricket squad. Although Yuvraj Singh and MS Dhoni have retired from the international field, they will be remembered forever for their deeds.

Yuvraj Singh, the former international all-rounder Indian cricketer was not only a left-handed batsman but also a great bowler and a fielder. He was known for his powerful knocks and consistency on the field. It was really difficult for the opponents to get Yuvraj out of the field soon.

Whereas, MS Dhoni, the middle-order batsman, and the wicketkeeper has served the Indian cricket team as its captain. He was responsible for making the team win several champions trophy and even the 2011 ICC World Cup. Dhoni is popularly known as ‘Captain Cool’ for his amazing captaincy skills.

They have been held responsible for the victory of the team in many matches with their amazing skills. When Yuvraj was known well for hitting the boundaries with his sheer power, Dhoni was great with his captaincy skills. It’s really hard to decide between the two.

Who do you think is the best match-winner for India? Yuvraj Singh or MS Dhoni? Comment down below! 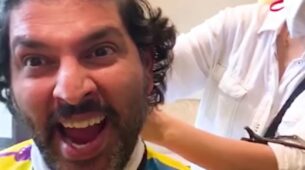