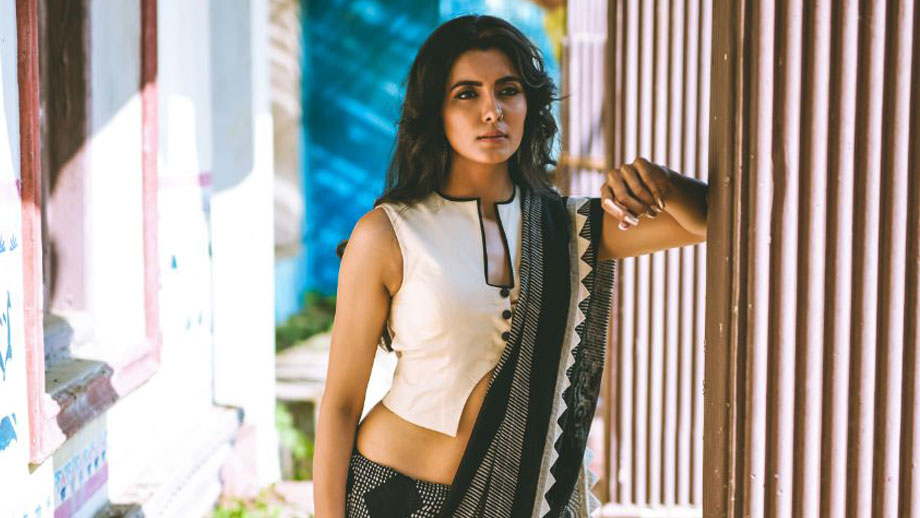 Richa Sony, who made headlines through her lead role in Bhagyavidhata, considers the recently launched Star Bharat show, Musakaan as the perfect comeback vehicle for her as an actor!!

Looking the best in health, shape and look, this Rashmi Sharma Productions show has given Richa the image makeover that she has been looking for.

After being part of Jhat Ki Jugni of the same acclaimed Producer, this is her second with the family.

Says Richa, “Rashmiji and team are very fond of me. In fact, Pawanji told me that they like me because of my good ethics and behaviour. I am thankful to Rashmiji for trusting me in this new image and not going by what I have done in the past. For an actor, it is tough to break a set image. If you play a mother once, you are considered as a mother material. I am glad that with this antagonist role of Rakhi, I am doing something new.”

“This is a comeback for me as an actor. This is a powerful role and I could not have asked for more. As an actor, I have never explored this area. There is a real flavour in the concept of the show. The show is about a mother and daughter relationship. Loyal viewers of Musakaan will sooner or later get to know the importance of every character,” she adds.

Talking in detail about her character, she states, “It is a big responsibility to carry out the antagonist’s task. This role is very special for me. Rakhi is someone who is manipulative, an opportunist and a very on-the-face person. I can relate with a few attributes of Rakhi, as I am also headstrong and on-the-face in real life. It is way easier to carry out this role. The best part is that I do not have to shed tears and play the vulnerable and docile bahu, a character that I have earlier played. As an actor, I have grown enough to play different kinds of characters now.”

Richa along with Lavina Tandon are the only known actors in the show. So the two of them take the initiative to help out the other actors. “Apart from us, all are new and are making their debut. We have taken the initiative to help them out wherever needed. After all, this show is about performance. We have now gelled into a happy and fun unit.”

Richa looks her stunning best in the role. She gives credit to her approach and attitude towards life. “I have really worked hard to discover the inner me. When I look back at my journey and see what I have passed through, I am happy to see where I am. Discipline is the key to success. I maintain high levels of discipline in whatever I do – at work, with my workout, while eating and even while conducting myself in public. It takes a lot to follow all this and I am happy to have done it. Also, one has to have a very strong will power. You cannot be shaky in your decisions; there has to be a high degree of dedication to achieve your goals. Overall, with whatever I have analyzed, I look good the way I am now. Actors’ life gets criticized all the while, and as long as I am working, I want to look the best.”